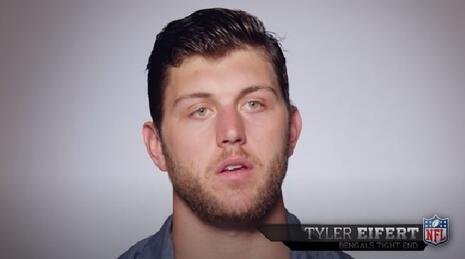 Starting next weekend, NFL end zones will throw social justice slogans in viewers' faces, the players' helmets will feature the same plus the names of glorified criminals and there will be mass kneeling during the national anthem. Sound like ample inspiration to play golf or clean out the garage?

There will be one redeeming presence in it all, though. Jacksonville Jaguars tight end Tyler Eifert will not play ball with the radicals. Instead of towing the SJW line, he's using his helmet to honor an African American former police officer slain during BLM-inspired rioting in St. Louis.

On June 2, Black Lives Matters protesters were terrorizing the St. Louis metro area over the death of George Floyd. During the rioting and looting, "Shouts of 'Black Lives Matter' could be heard throughout the streets. Seven police officers were injured by rocks, bottles and fireworks.

Retired Police Captain David Dorn, a veteran of 38 years on the force, was shot to death by a BLM looter while trying to defend his friend’s small business shop, Lee’s Pawn and Jewelry, from the lawless mob.

President Donald Trump paid tribute to Dorn in a tweet, calling him a "great police captain" who was "viciously shot and killed" by "despicable looters. We honor our police officers, perhaps more than ever before." 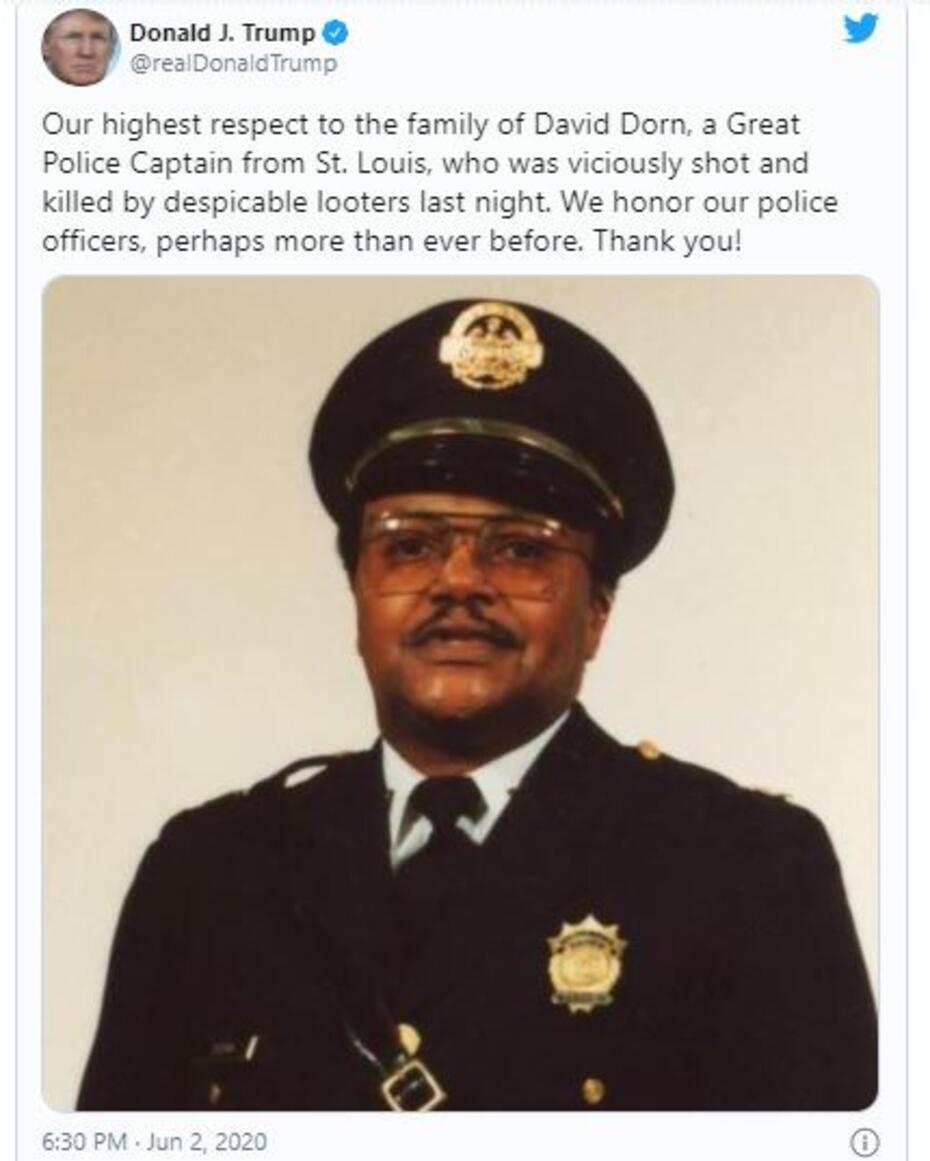 That despicable looter who killed Captain Dorn was allegedly Stephan Cannon. Authorities added the charge of first-degree murder to his growing rap sheet.

In a Sports Illustrated story written by James Rapien Wednesday, it was reported that Eifert will carry Captain Dorn's name on his helmet into NFL battles this season. All around him will be helmets touting BLM bile and the names of alleged criminals like George Floyd and Jacob Blake.

"Got some very good news from former Bengals player/current Jaguars player Tyler Eifert that he will honor fallen police officer David Dorn on his helmet. Always been a fan of Tyler’s and God bless him!"

Captain Dorn's heroism was also recognized in a speech by his widow Ann at the recent GOP National Convention. She explained the horror she's endured since the senseless murder:

"I relive that horror in my mind every single day. My hope is that having you relive it with me now will help shake this country from this nightmare we are witnessing in our cities and bring about positive, peaceful change.

"This isn't a video game, where you can commit mayhem and then just hit reset and bring all the characters back to life. David is never, never coming back to me. He was murdered by people who didn't know and just didn't care. He would've done anything to help them."

There's an old saying about the person who keeps his head when all those around him are losing theirs, and Eifert is that guy in the NFL. He's fearlessly demonstrated his patriotism in a culture that's tearing America down. Two months ago he tweeted:

"Happy 4th of July! I love this holiday, always think how lucky I am to live in the best country in the world. And everyone in the military who sacrificed so we can all live the American dream! Have fun and be safe out there."

Eifert has also said he stands for the Star Spangled Banner because he loves his country and wants to "honor the people putting their lives on the line for me on a daily basis in the Army, Navy, Marine Corps, Air Force, and Coast Guard."

The Jaguars tight end has also worn football cleats honoring the late Pat Tillman, a former safety for the Arizona Cardinals who was killed in Afghanistan while serving in the U.S. Army.

Look for No. 88 when Jacksonville opens the season Sept. 13 against Indianapolis. He'll be the hero on the field, the man standing alone with the truth while the multitudes stand for the lie of America as an evil, oppressive, racist nation.