Boxer Says He Won't Lose to a 'White Boy,' Gets Media Pass on Racism 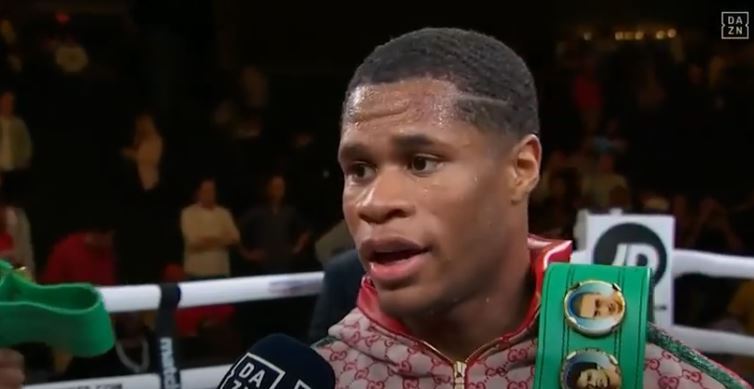 An undefeated boxer from San Francisco says he'll never lose to a white boy, and there's barely a whimper in the sports media world that normally has a quick trigger finger on stories involving racism. CNN, the New York Daily News and BBC websites covered the story, but the rest of the sports media -- including those who usually scream the loudest about racism -- saw no evil and heard no evil.

Social media folks let Haney have it with both fists for uttering such blatantly racist remarks.

Not the usual suspects in the media who tell us America is a racist nation, though. They're looking the other way. The crickets are chirping.

Carron J. Phillips, Deadspin's normally reliable race-baiter? He hasn't a word to say about Haney's racist remarks. He heard nothing.

How about ESPN's blog, The Undefeated? Devin who? Not going there.

The Washington Post? Uh, we ran out of space for that story.

These and other inconsistent media were all over NASCAR driver Kyle Larson last week after he made stupid racial slurs. The Post's Liz Clarke said Larson has rights, but being a race-car driver isn't one of them anymore. No such claim is forthcoming this week for Haney.

In the CNN story, Ben Morse includes a strong reaction from Lou DiBella, though. The president of the boxing events firm DiBella Entertainment tweeted that, in his opinion, Haney didn't intend to be hateful, but that boxing can do without "racial s**t":

Also reported by the CNN writer, boxing promoter Michelle Rosado Tweeted: "Imagine a white or Hispanic fighter saying what Haney said, but about black fighters. The double standards are real and disgusting. There's no room for any of it. It's uncalled for."

After dropping the race bombs, Haney attempted to verbally punch his way off the racial ropes.

“I’m not racist and I never will be a racist,” Haney tweeted Saturday in response to the haymakers he took on social meda. “I’m chasing greatness.” And not achieving it outside the ring.

In a second tweet, Haney doubled down on his dubious claim of innocence: “I just had a very positive conversation with Mauricio Sulaiman, President of the WBC and confirmed to him directly my commitment to be a role model and my absolute rejection of discrimination of any kind!” So, it's all better now.

Haney won the World Boxing Council's lightweight championship last year, but was declared the ''champion in recess'' after sustaining an injury. During his recovery, Haney's name has been linked with potential future opponents Lomachenko, the unified lightweight world champion, and United Kingdom fighter Luke Campbell.