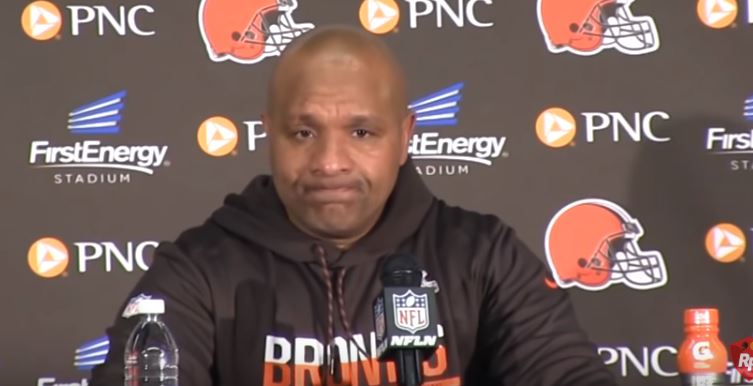 Norman Chad thought the 2008 election of Barack Obama as president would bring about a post-racial America, but instead he finds the National Football League offering evidence to the contrary. Chad's Washington Post commentary on the dearth of African American head coaches in pro football strengthens the publication's credentials as a dependable race-mongering voice.

Chad's story immediately explains his view of America as a racist nation. A friend asked him about his race obsession, and he remarks:

"Well, for starters, I think much of U.S. history — 87 years of slavery, the Civil War and another century before the Civil Rights Act with Jim Crow in between, mass incarceration — answers that question."

For all the valid criticisms aimed at the social justice-minded NFL these days, racism should not be at the top of the list. Twelve percent of the American population is African American, and 70 percent of NFL players are black. At times, more than twice the national population figure ― 25 percent — have held head coaching positions in the league. Why does the higher disproportionate figure call for a drastic increase in the lower figure? Chad doesn't go there, but other industries would take the NFL's diversity in a heartbeat.

The current number of African American coaches is just three, and that's unimaginable in Chad's view of Obama's post-racist America, but it's really due to recent firings of men with unacceptable win-loss records. Of four black coaches fired a year ago, Todd Bowles was 14-34 with the New York Jets, Steve Wilks was 3-13 with Arizona, Vance Joseph was 11-21 with Denver and Hue Jackson (seen in above photo) was 3-36-1 with Cleveland (11-44-1 overall as an NFL head coach). Forget the ineptitude here, it's racism, pure and simple, to Chad.

"After Barack Obama was elected president in 2008, many thought a post-racial America — in which prejudice fades as black and white become immaterial — had arrived," Chad says.

"Look around: Does this feel like post-racial America to you? I think not."

Like a good identity politics practitioner, Chad admits that when he views people around him, he sees race and gender first. He projects this onto other people and claims that if they see a black guy they use that as the foremost defining characteristic of that person.

Shifting gears, Chad momentarily backtracks on racism to pin the dearth of black coaches on another reason:

"To be fair, the lack of black head coaches is not just a product of racism. We tend to hire people we know, people with similar backgrounds. In a league with no black owners and one black general manager, that’s a whole lot of white-only business meetings, golf outings and dinner parties."

This is so-called proof that NFL coaching hires are also due in part to nepotism, which makes a mockery of the Rooney Rule requiring minority candidates to be considered for coaching vacancies. Chad says teams are including only one minority candidate among 10-15 coaching candidates.

"Frankly, most teams will just go through the motions in interviewing a minority candidate en route to hiring whom they want," Chad writes. Thus, the Rooney Rule is mere public relations more than provocative policy, he adds.

Chad, himself, seems to be discounting minority candidates when he says that "occasionally one will dazzle, and you will think, 'Where has this guy been hiding?' ”