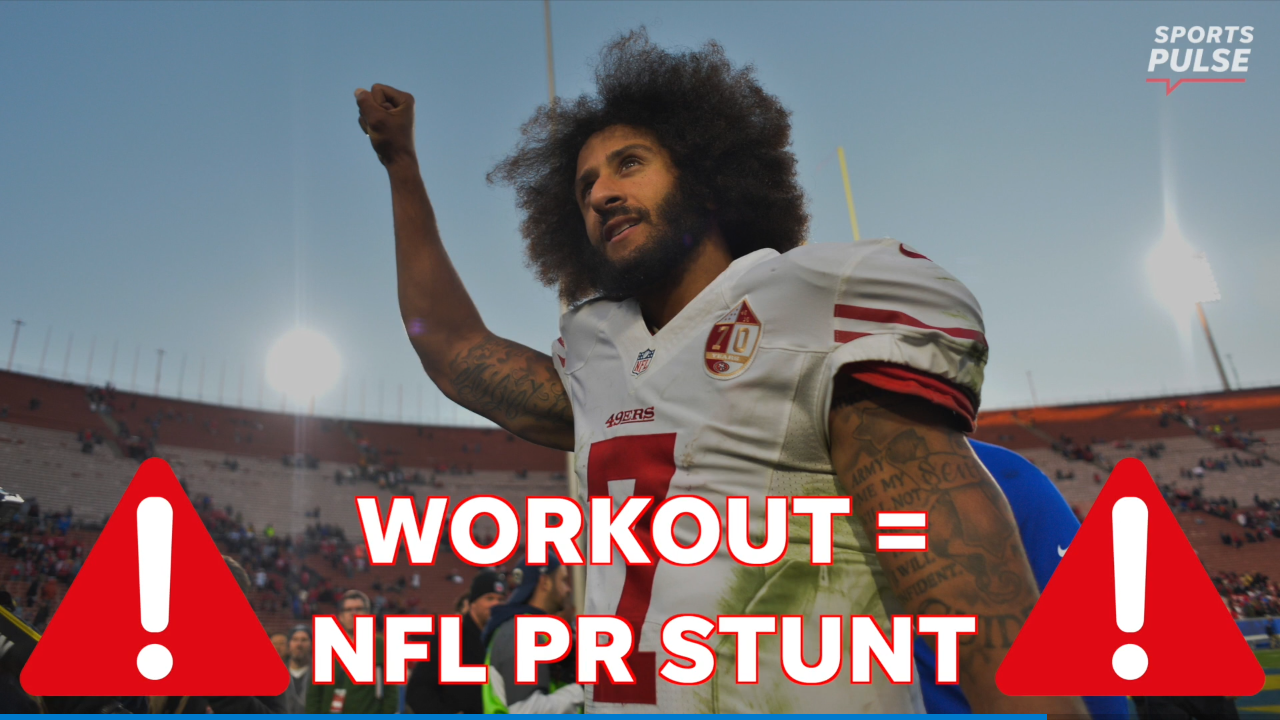 On Thursday, Day 3 of the Kaepernick-gets-a-tryout news cycle, the groupthink media parrots had their talking points down pat: the NFL's Saturday workout and interview with the famous anthem foe is a sham and a PR stunt. This point was made loud and clear Wednesday by several Kaepernick apologists on ESPN and again Thursday in the Detroit Free Press where Shawn Windsor echoed talking heads and writers who are putting the NFL on trial for granting Kaepernick an unprecedented opportunity.

Windsor wrote: "The NFL swears the workout this Saturday is legitimate and pushed back Wednesday afternoon that it had set in motion a deceptive narrative. And that if Kaepernick shows enough, he will get real consideration."

The NFL is creating a stage for the three-year free agent that no veteran player has ever had, and the Lions announced they're sending a team representative to the tryout. Windsor complained that Detroit isn't sending the general manager or a coach and assumed the event will no go "nowhere" for Kaepernick. If the league's timing is curious, that's because it is, the Free Press writer said.

"The NFL effectively banned him after a considerable portion of its fan base took issue with him kneeling during the national anthem to call attention to social injustice," wrote Windsor, who was definitely not taking the side of his detractors.

Kaepernick's allies have been insisting for quite some time that he's working out five days a week and is in great physical shape. But giving him only a few days notice of the tryout is unfair, Windsor said:

"So, why the offer now? Public relations. How else do you explain giving Kaepernick three measly days to prepare? Or that the league reached out to reporters to sell the event as soon as it reached out to Kaepernick’s representatives?"

Kaepernick wants to play in the NFL again, and he's definitely good enough, Windsor said, pointing to his 16 TD passes and 90.7 passer rating in 2016, while ignoring his 1-10 won-loss record that season.

"Whether he is still good enough three years later is a fair question. Thus, the workouts. If they are for real," stated Windsor, the cynic. "The NFL swears the workout this Saturday is legitimate and pushed back Wednesday afternoon that it had set in motion a deceptive narrative. And that if Kaepernick shows enough, he will get real consideration."

If the tryout that's actually happening is "true," Windsor urged Detroit to take a chance and a stance and sign Kaepernick. Long-time Lions quarterback Matthew Stafford is recovering from a back injury.

Besides, Windsor claimed, the Lions' buttoned-down, do-your-job approach has not worked, and Kaepernick would be the ideal acquisition. " ... [W]hatever you think about Kaepernick’s kneeling, you’ll never hear that he wasn’t an exemplary teammate and player in the locker room. In that way, his personality would fit the Lions perfectly."

Windsor demonstrated a clear contempt for NFL owners, "a largely conservative (with a lowercase 'c') lot." He's skeptical that any of them would accept a player who alienated many of their fans. The Lions and their head coach, Mike Patricia, a former New England assistant, don't accept dissent. "It’s the Patriot Way," Windsor said.

The NFL has the right to protect its business if it fears losing customers, but it has an "opportunity to open a meaningful conversation … if this weekend isn’t a sham. For even in this simmering world, change of perspective remains possible," Windsor commented.

In a USA Today Sports Pulse video posted on Windsor's story page and pushing the pro-Kaepernick narrative, Lorenzo Reyes suggested that the Miami Dolphins could give Kaepernick a starting role and make him "the face of the franchise." Near the close of this video report, the following words appeared: "!CAVEAT! WORKOUT = NFL PR STUNT". (See image above.)

In another video on the same web page, Detroit Free Press sports writers Dave Birkett and Carlos Monarrez agreed that Kaepernick has been "blackballed" by the NFL and expressed skepticism that any team will sign him.