Kaepernick Forcing His Way Back Into NFL? League Grants Him Private Workout 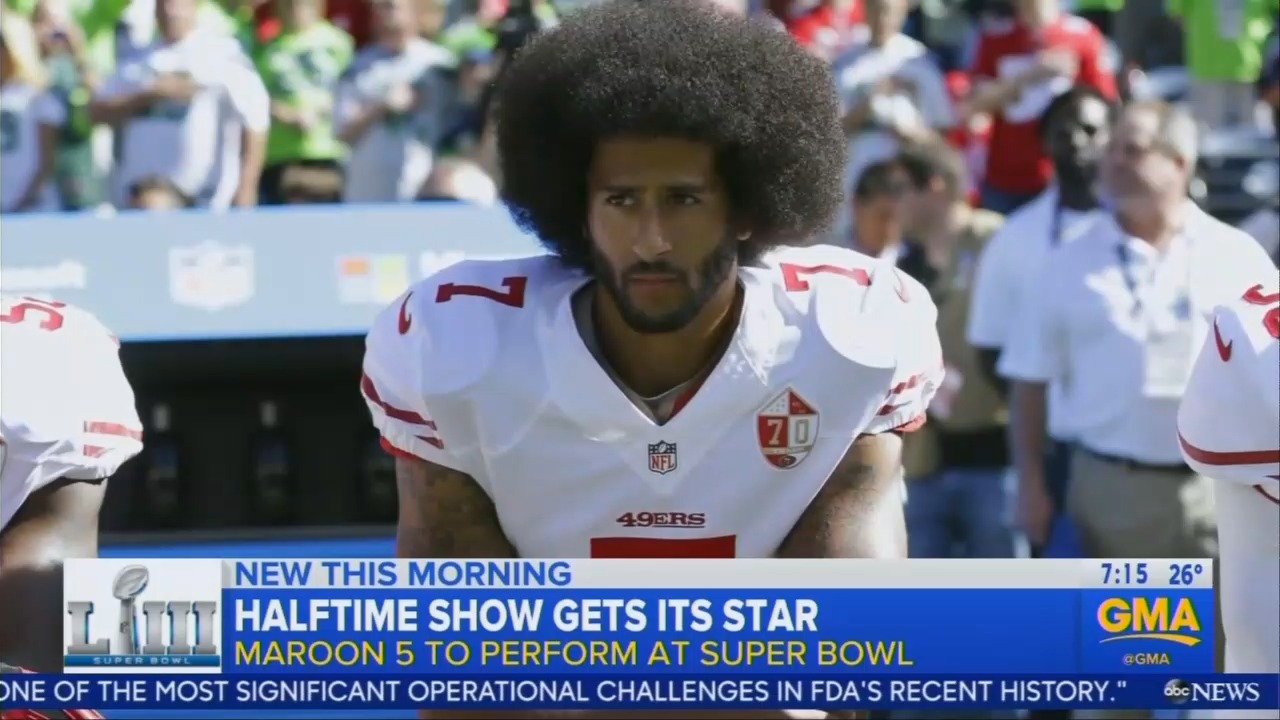 There's been a major thaw in the cold war between the NFL and former San Francisco 49er quarterback Colin Kaepernick. The league has arranged a private workout and interview for the cop-hating NFL cast-off this Saturday, and all 32 teams are invited to attend.

NFL Network's Ian Rapoport reports the league arranged the event after "several clubs" inquired about Kaepernick's readiness and he and his representatives mounted a public relations campaign to get him back in the league. Kaepernick hasn't played pro ball since the end of the 2016 season, and media have never stopped whining about him being "blackballed" for his national anthem protests.

Today ESPN obtained a copy of this NFL memo informing clubs about the workout, which will take place in Atlanta, reports ESPN's Adam Schefter:

"Earlier this year, we discussed some possible steps with his representatives and they recently emphasized his level of preparation and that he is ready to work out for clubs and be interviewed by them. We have therefore arranged this opportunity for him to work out, and for all clubs to have the opportunity to evaluate his current readiness and level of interest in resuming his NFL career."

Kaepernick became a free agent in the spring of 2017, and as his media cheerleaders' anger grew, he never got a nibble. He sued the NFL for colluding to keep him out of the league, and earlier this year the two sides settled out of court for an undisclosed sum. Former teammate and fellow protester Eric Reid, now a member of the Carolina Panthers, was also on the receiving end of that settlement for his own collusion grievance.

For the past three seasons, nearly every time a starting quarterback went down with an injury the media started hollering for Kaepernick's return.

"We're told the reason they didn't go directly to Kaep's people is because of the collusion lawsuit settlement. In other words, they wanted to check in with league brass to make sure talking with Colin would be cool with everybody.

"In the end, the league not only gave the thumbs up but offered up resources to set up the workout. All teams have been informed they can either send a scout or request video footage of the workout."

Nonetheless, TMZ questions whether or not any teams will attend the workout. "There are plenty of teams in need of a QB — starting and backups — starting with the Cincinnati Bengals, who suck right now," TMZ's unbylined story reads.

A few weeks ago, Kaepernick's backers released released a statement indicating his desire to play again. They said he's working out five days a week.

TMZ also raised the issue of whether or not Kaepernick takes a knee again upon returning. His kneeling during the anthem caused a national furor throughout the 2016 season as he and as many as 200 players engaged in a protest against police brutality and racial inequality while the Star-Spangled Banner played. Since then Kaepernick has compared police officers to "slave patrol" and questioned American freedom, not to mention expressing devotion to Cuban commies.

The Boston affiliate for CBS excitedly reports, "The dynamic dual threat who was once considered the future of the quarterback position may actually get his chance to return to the NFL." Saturday’s workout "at least gives him the chance," the hopeful CBS station salivates at the thought of No. 7 retaking the field.

Though the 49ers had a terrible season in 2016, and Kaepernick's won-loss record as a starter was 1-10, the media trend has been to focus on his 16 touchdowns compared to just four interceptions while rushing for 468 yards that year, along with his past Super Bowl appearance. Kaepernick opted out of his contract after bombing that season.

CBS Sports' Jason Canfora said in a Tweet: "QB injuries have been very high this year and there is a definite need. He has always been willing to work out for any team at any time. Now all can attend."