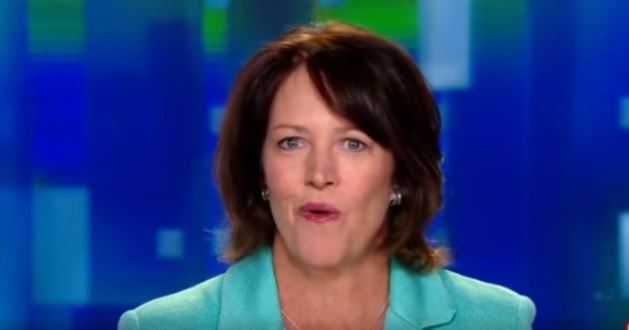 Chicken Little, the sky is NOT falling! Media, members of Congress, corporate America and soccer's social justice warriors have all supported an ongoing narrative that the U.S. national women's soccer team has been the victim of sexism, receiving lower pay than men's team members. An Associated Press story carried by USA Today Sports revealed the U.S. Soccer Federation has actually paid out more to the women.

In 2016, five members of the U.S. women's soccer team filed a complaint with the Equal Employment Opportunity Commission, charging the federation with discrimination. Then in March of this year, 28 members of the national women's team filed a lawsuit against the federation for gender discrimination and unequal pay. Last month, the two sides agreed to go to mediation.

Buying the discrimination narrative hook, line and sinker, more than 50 members of Congress sent a letter to U.S. Soccer "to express our disappointment of the inequities in pay, publicity, and investment that the U.S. Women's National Team (USWNT) has continued to face."

Senator Joe Manchin (D-WV) introduced a bill to withhold funding for the U.S. hosting the 2026 men's World Cup until the issue is resolved. Procter & Gamble, a sponsor of the team, announced plans this month to donate $529,000 to the U.S. Women's National Team Players Association "to help close the pay gap." The company took out a full-page ad in The New York Times urging U.S. Soccer to ''be on the right side of history."

The team's social justice warriors have complained ad nauseam about the so-called sexist pay gap ― before, during and after the recent World Cup. In their victory parade, on major network and cable TV interviews and talk show programs.

Maggie Mertens of The Atlantic wrote the team's quest for equal pay was a bigger test than its World Cup competition. NPR's Michel Martin said the women's team earned less than a third of what the men's team earned. USA Today's Christine Brennan (appearing in above photo), in an interview with Martin, denounced sexism in soccer:

"Well, soccer is - has an old boys' network to the max, Michel. And actually, the U.S. Soccer Federation is doing a better job than most federations around the world. It truly - the sexism and the anti-women feelings are incredibly strong in the sport of soccer worldwide. And so what we're seeing here is the U.S. women's national team - I believe it's the most famous women's team on the planet in any sport, and certainly role models for so many other women's sports and charging away, leading the charge, so to speak, on these kinds of issues. They've just said enough is enough."

The San Francisco Chronicle's Ann Killion compared the women's soccer team plaintiffs to Justice Ruth Bader Ginsburg, Sojourner Truth, Malala Yousafzai, Doris Burke and other women "who broke barriers, who inspired, who pushed back." They're becoming more iconic by the day, battling for the rights of all women, pushing against the status quo.

But Mount Rushmore can wait with the granite sculptures, for lo and behold, the federation has released a report debunking the mass hysteria, derailing fears that the women's soccer players are about to be relegated to handmaidens.

"According to a letter released Monday by U.S. Soccer President Carlos Cordeiro, the federation paid out $34.1 million in salary and game bonuses to the women between 2010 and 2018 as opposed to $26.4 million paid to the men. The total does not include the value of benefits received only by the women, like health care."

Never mind the facts, says U.S. women's team spokesman Molly Levinson. She called the federation's letter "a sad attempt by USSF to quell the overwhelming tide of support the USWNT has received from everyone from fans to sponsors to the United States Congress.":

The AP story reported that U.S. Soccer paid the women's national team players a base salary of $100,000 per year, and an additional $67,500 to $72,500 per player as a salary for playing in the National Women's Soccer League, along with providing health care benefits and a retirement plan. That's nice coin, and a lot of men and women would eagerly sign up for it.

The men's national team does have opportunities for higher bonuses than the women do, but during the past 10 years, they generated $185.7 million compared to the women's $101.3 million.