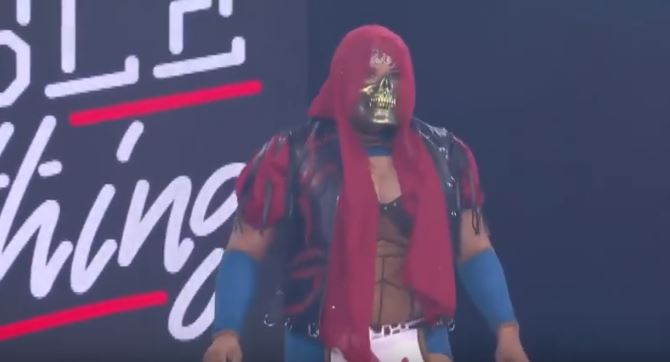 Rose (appearing in photo) is part Oneida Indian and an actress who played the lead character in the 2016 Canadian television series The Switch. This past February, she joined the All Elite Wrestling (AEW) organization, then was featured in AEW's first pay-per-view event in Las Vegas last month. The pace of diversity in pro wrestling hasn't been fast enough to suit Greene, who writes:

"Also significant is that Rose is already making history: When she inked her full-time AEW contract earlier this year, Rose became the first out transgender wrestler signed by a major U.S. wrestling promotion. That’s no small feat considering professional wrestling’s checkered-at-best history of LGBTQ representation and the industry’s longtime general reliance on traditional sexual identities and dynamics in presenting its characters and storylines. Her role is not lost on Rose, who has already heard from a number of fans about what her presence means to them."

Like Sports Illustrated, politicians are also eager to score LGBT diversity points off Rose. For as Greene describes it, AEW co-founder Cody Rhodes told reporters after the PPV event he's proud of the organization's diverse profile, and it wasn't a publicity stunt. The socialist Congresswoman Alexandria Ocasio-Cortez posted a video clip of Rhodes' remarks on her Twitter account: 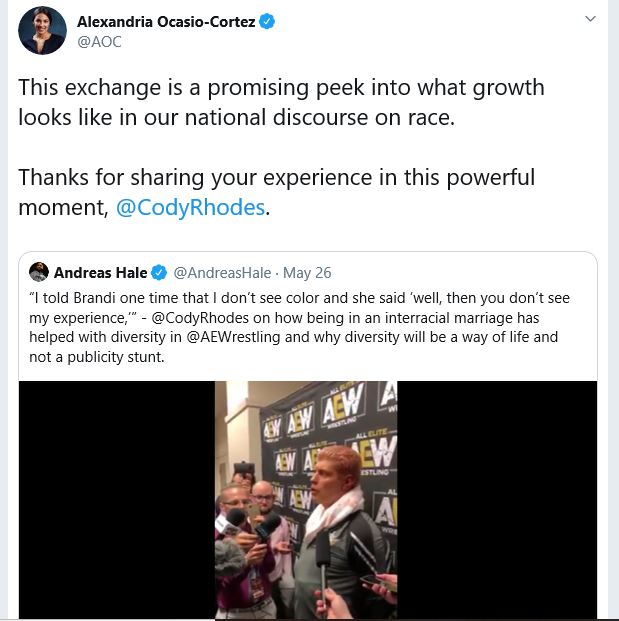 Prior to her breakthrough with AEW, Rose worked in small-time wrestling on the East coast, taking on the nickname “Native Beast.” She also worked with the Japanese women’s wrestling organizations Marvelous and Sendai Girls, "where her combination of size and athleticism inspired the moniker 'American Kaiju,' a reference to the collective term for Japanese movie monsters such as Godzilla, Mothra, and Gamera," Greene writes.

Rose told Greene she is ready for opposition to men competing as women in sports.:

“If I can bear the weight, if I can hold up all the hatred and everything and carry that on my back, I know that I’m strong enough to do it. If the people out there need to beat me up and I need to absorb that so that the next generation, the youth, can have an easier time, I gladly welcome that.”

Rose says she hopes to set the tone and help create an environment that will "fuel the next generation. Not just trans people, but inspire anybody to say, ‘Hey, these women lit that on fire. I want to be that. I want to do that.’”

Greene says she’s confident Rose has the chops to succeed in that goal. Wrestler Nikki Adams would agree. She's a woman who literally got manhandled by Rose in a match earlier this year, as seen in this video.