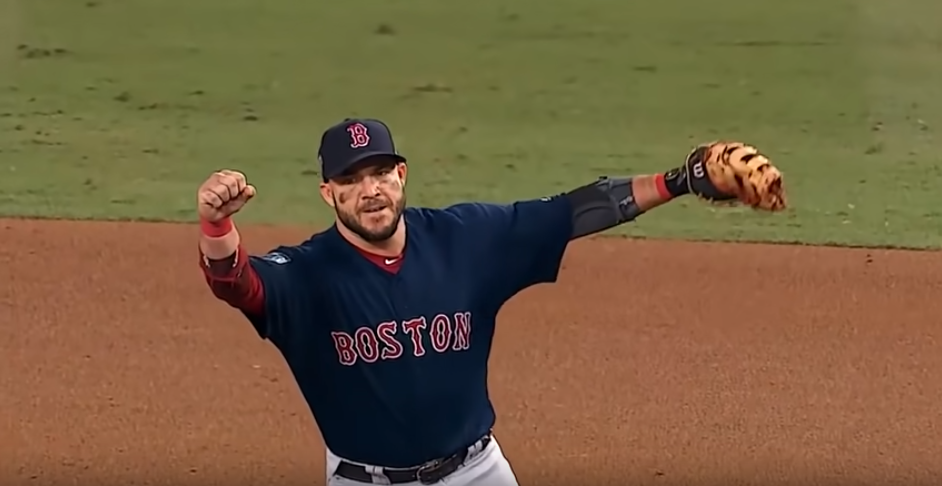 After the Boston Red Sox end their series in Baltimore Wednesday night, nearly half the team will board a plane to return home to Bean Town. USA Today writer Gabe Lacques is peeved that the remainder of the team, along with ownership and management, will, instead of making that flight, go to the White House, Thursday, to celebrate their 2018 World Series championship with President Donald Trump.

Lacques writes the White House celebration should have been cancelled because "the 45th president’s rhetoric is impossible to ignore. His policies – or policy goals – stand to directly marginalize the groups represented by the players who are opting out of the White House trip. It’s one thing to disagree with a president. It’s quite another to feel that your well-being and that of your family are threatened by him."

Manager Alex Cora and at least nine players will snub the President's invitation. Cora believes Trump has not shown proper respect to his native Puerto Rico after Hurricane Maria devastated the island in 2017. Lacques writes that team owner John Henry put him in an awkward position to have to decide whether or not to attend the celebration and he deserves better treatment.

Players Rafael Devers, Jackie Bradley Jr., Christian Vazquez, Sandy Leon, Hector Velazquez, Xander Bogaerts and Eduardo Núñez are all skipping the White House celebration. Lacques made sure to note that the “group that includes three African Americans and players hailing from Mexico, the Dominican Republic, Venezuela, Curacao and Puerto Rico.” Nothing like identity politics on the sports beat!

Lacques says these men are not policy wonks and really have no desire to bring the political world into the clubhouse.

On behalf of the non-policy wonks, Lacques hypocritically gave Trump a good whacking over his post-hurricane treatment of Puerto Rico:

"Just hours after Cora announced his decision, President Trump tweeted that “Puerto Rico should be very happy” with the U.S. response, although independent analyses have determined that Trump Administration has committed some $41 billion in aid, and not the $91 billion that he’s claimed.

"Included in that aid were the handful of paper towel rolls that the president fired like so many casual jump shots toward hurricane survivors, a gesture more telling than whatever amount of aid actually flowed to Puerto Rico."

Lacques writes that Cora’s resistance to the Trump Administration is "deeply personal" and the Red Sox "owed it to him to see this conflict coming well in advance. One team heading in opposite directions is not how a championship team should celebrate its accomplishment.

And the tie-breaker should obviously go to the Trump-hating faction of the team patronized by USA Today.