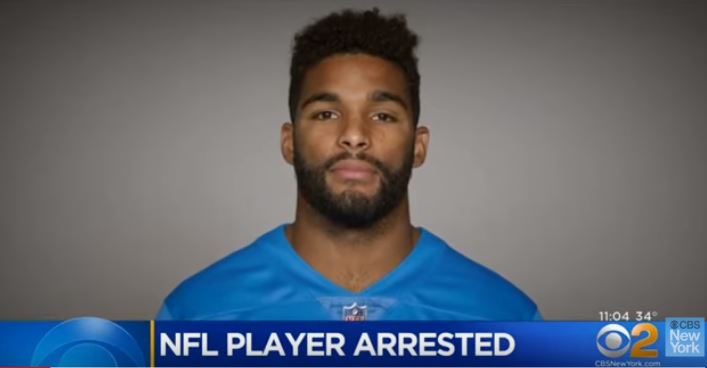 After an NFL player badly injured a New York police officer, NBC Sports' Michael David Smith was much more concerned about a statement by the Sergeants Benevolent Association (SBA) than the crime committed by the alleged perpetrator.

Trevor Bates, a special teams player for Detroit in 2018, was arrested Saturday for allegedly refusing to pay a cab fare and for violently resisting arrest. He punched Sgt. James O’Brien, who suffered a concussion and a cut above the eye requiring three stitches. It took multiple police officers to subdue the raging Lion, who tore off Taser prongs.

The SBA, an organization devoted to retired and active police offers of the New York Police Department, issued a harsh Twitter condemnation of Bates and the NFL:

“Trevor Bates acted beyond that of a wild animal. He refused to be fingerprinted, showed disdain for the officers & decided to punch a Sgt in the face. Fighting with officers he was tasered & ripped the taser prongs from his body. He’s dog crap and the NFL condones criminals."

Smith writes, "This statement says more about the Sergeants Benevolent Association than it says about the NFL," he said adding criticism of the "dog crap" remark and arguing the NFL does issue harsh penalties for misbehavior. That's the same NFL that has been accused of not acting strongly enough when its players abuse women.

The SBA was in for more criticism, but not about "dog crap." The director of Communities United for Police Reform, Joo-Hyun Kang, said the bigger issue was the SBA's racist "dog whistle.":

“If the allegations against Bates, including not paying his cab fare are true, he should be held accountable. But the constant use by N.Y.P.D. unions of racist dog whistles to dehumanize and criminalize black communities must be condemned, and end.”

In an MSN sports story, SBA president Ed Mullin, demanded the Detroit Lions release Bates and refuted the claim of racism as “nonsense and an accusation probably designed to change the topic." ... “Those making the accusations better do their homework as to the facts and not a smear campaign,” he said.

The New York Post's Tina Moore tepidly went where other media rarely tread—to the NFL's arrest problem. She said Bates and the Saints' P.J. Williams (DWI) are among the first NFL players to get arrested this year. She was just one arrest off: Kansas City's De'Anthony Thomas was arrested Saturday on drug charges. Moore did not give the league's arrest problem its just due though.

Last year, 34 NFL players were arrested, a rate of one every 10.7 days. This tale of "pros and cons" is routinely ignored by sports media who are too obsessed with re-telling Kaepernick's story of resistance to police brutality.

Moore also devoted eight paragraphs to Bates' mother, who says her son is a "God-fearing young man" devoted to football. Sgt. O'Brien, who was temporarily blinded by Bates' punch, didn't get as much attention in Moore's story.

Bates is in a New York hospital undergoing a mental health evaluation, a fact omitted by several media reports.