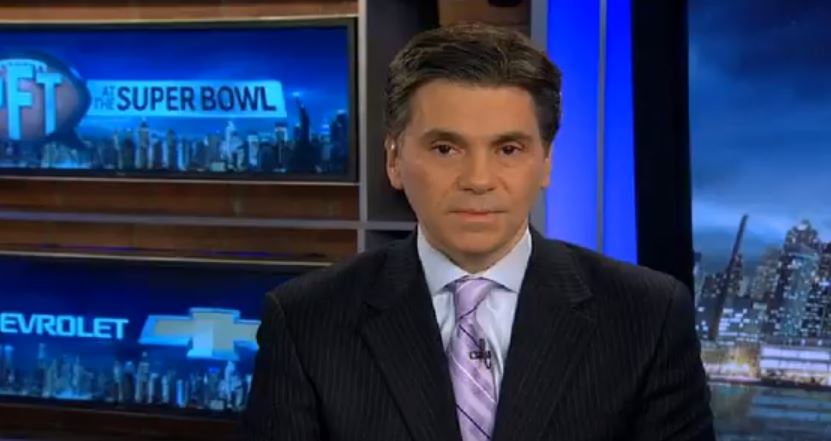 NBC Sports' pro football writer Mike Florio is strongly urging the NFL to admit defeat and settle out of court with the cop-hating Colin Kaepernick. His commenters overwhelmingly disagree with that suggestion, and why wouldn't they? The NFL would be paying millions of dollars to someone who, as yet, has not proven the league's owners colluded to keep him out of the league.

Florio's column exudes preferential treatment for Kaepernick while assuming the worst about the NFL owners. In an unbalanced column, he assumes the league is guilty of collusion and that Kaepernick should be richly compensated for it. Negotiations between the NFL and Kaepernick's attorney recently broke down, and the court case looms in early 2019.

Dismissive of the NFL letting a judge deciding the merits of the case, Florio said the league should bail out now. He predicts a trial would result in a parade of wealthy NFL team owners contradicting each other and themselves on the witness stand. Florio says that if this case does go to trial, the owners would "occupy the rare position of having to submit to authority other than their own." This remark supports ongoing media insults that owners are rich, white, dictatorial billionaires who have the audacity to exclude Kaepernick from their teams.

Deposition results have not been released to the public, but Florio asserts the owners have plenty to hide. "They should do it (settle) in order to ensure that none of the testimony, text messages, emails, or other materials created by the litigation will ever see the light of day." He writes:

"All of that can be done, if the NFL is willing to write a check big enough to get Kaepernick to agree to a deal. It would be not only a settlement of his collusion claim but also a full and final divorce between employer and employee, coupled with a broad and wide-ranging commitment to never talk about the collusion case, to never share any of the evidence obtained during the process with outsiders, and to never disparage the NFL or any of its teams."

Uh ... Kaepernick has not been in the league for two years. His divorce from the NFL is over and done with, and it didn't cost the league a penny. Why pony up now? The NBC writer/broadcaster foresees the league dividing the compensation package into annual payments from an escrow account. It could block payments if Kaepernick sings like a bird and violates the confidentiality terms of the settlement.

Florio presses the NFL to essentially forfeit this legal competition because "the financial and P.R. consequences would be potentially too significant to justify the risk." He mentions that the anthem controversy has significantly died down this season and suggests " ... surely, some sort of a deal was struck between 345 Park and 1600 Pennsylvania to get a certain someone to quit tweeting about the issue) ... ."

Even if the NFL wins the case, Florio is certain the league will look bad for months to come. Sounding more like a pitchman for Kaepernick than an objective writer, Florio dispatches his final call for NFL capitulation to the anti-American Kaepernick:

"The NFL often receives criticism for not being proactive. This case presents an ideal opportunity to identify a problem, creatively predict how it could mushroom into a much bigger mess, and come up with a way to keep it all from blowing up in the league’s face."

The NFL has not admitted there is a problem, and the world is waiting to see if Kaepernick can prove the owners wrong.