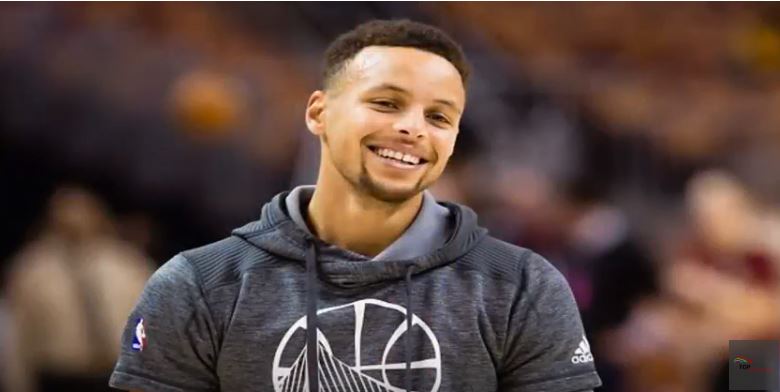 NBA basketball superstar Stephen Curry and his new media company are helping produce the faith-based movie Breakthrough, according to The Hollywood Reporter. Earlier this year, Curry, a guard for the world champion Golden State Warriors, introduced Unanimous Media, which has a film and television deal with Sony Pictures Entertainment. Breakthrough is the story of a teen-ager who drowned and was miraculously revived by the power of prayer.

Borys Kit and Scott Feinberg, of The Hollywood Reporter, wrote that Curry could not pass up involvement with Breakthrough because it dovetails with his own focus on faith and family-friendly material. They give this synopsis of the Fox 2000 story:

"Based on a book by Joyce Smith titled The Impossible, Breakthrough tells the true story of how Joyce's son, John Smith, fell through the ice and drowned, and was declared legally dead. A hour later, however, the basketball-loving 14-year-old was miraculously revived through the power of prayer."

Curry issued a statement to The Hollywood Reporter describing "John's story is nothing short of incredible. It's a story about the power of prayer and perseverance and one I immediately connected to. After reading the script, I knew I wanted to be a part of bringing it to life onscreen."

DeVon Franklin, the producer of Breakthrough, said Curry was moved by the true-life story and the movie "checks all his boxes: faith, true story, family and sports." Curry and Franklin had met to discuss some general movie projects and Franklin pitched him Breakthrough. Curry read the script and within 24 hours he wanted in.

Breakthrough is scheduled for release April 12, 2019. Chrissy Metz, an actress who has appeared in This Is Us, plays the role of Joyce Smith and Topher Grace plays a pastor.

The Hollywood Reporter adds, "Curry and his co-founders at Unanimous, Jeron Smith and Erick Peyton, gave overall notes on themes tackled in the movie as well detailed notes on a couple of key scenes. They also gave editorial notes on the basketball scenes and helped license some of the imagery in the film." Curry plans to help market the movie as it nears release.

Peyton, who serves as CCO for Unanimous, says this is a story that will move people:

"When we first set out in the entertainment business, we had a simple objective: we wanted to tell stories that would move people. It's been paramount that we work on projects that are meaningful and resonant, and Breakthrough perfectly embodies what Unanimous and Stephen stand for. He will bring attention to this story, which I think is powerful," stated Franklin.

The Hollywood Reporter story says the movie is already building a grassroots campaign, and Curry will produce videos and social media to get the word out about Breakthrough.