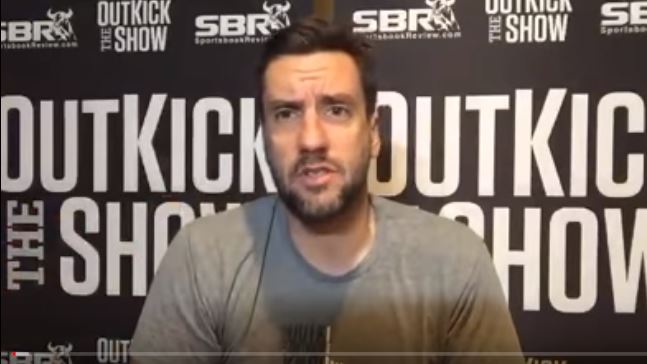 Outkick The Coverage sports blogger and former Fox Sports Radio host Clay Travis writes that President Donald Trump should win the Nobel Peace Prize for a denuclearized peace between North and South Korea. But without the support of the "dishonest" media, that won't happen, Travis wrote.

Travis's remarks came in response to Jason, one of his readers, who asked:

“Donald Trump just played a yuge role in the Korean War ending after almost 70 years. How over the moon would the MSM have been had this happened when Obama was in office and do you think there’s any way he gets a Nobel Peace Prize?” Travis replied that the media won’t buy that even though it's some of the best news the world has gotten in a generation:

"If the media were honest they would have to give Donald Trump a tremendous amount of credit for this outcome, but they won’t because the media isn’t honest. They decide something is true — police officers are indiscriminately killing black people for instance — and even if the evidence doesn’t support this conclusion they only cover stories that confirm their pre-existing narrative.

"If the Nobel Peace Prize was being honestly delivered, Trump would win it.

Travis further writes that Trump "just kicked the state department to the curb and said let’s get something done." Trump's instant acceptance of Kim Jong Un's acceptance sealed "the North Koreans respect — and fear — that Trump can’t be managed via stagecraft."

The man who worked for Al Gore's presidential election in 2000 and who's been called "a "darling of the alt-right" by Politico also called out the media for double standards:

"And if Barack Obama, who won the Nobel Peace Prize BEFORE HE’D EVEN DONE A THING, had pulled this off, the media would have lost their mind praising him. So how come they won’t do the same thing for Trump? Because they’ve already decided they hate him and because they aren’t willing to acknowledge that Trump is capable of anything positive.

"Donald Trump could come out tomorrow and announce that he’d cured cancer and immediately the media would complain and say, 'Yeah, but what about heart disease?'”

Travis was hardly finished lampooning the media. He claimed many reporters view Trump as a buffoon incapable of intelligent discourse and anything challenging that caricature of him won't get coverage.

In the long aftermath since the Watergate days of the 1970s the media "has progressively gotten more negative even as the actual world has gotten safer every year. That’s why so much of the media coverage today isn’t even about bad things happening, it’s about people getting their feelings hurt."

Most countries in the world are run by "brash showmen and strongmen" like Trump and "who have an intuitive connection with their base of political support," Travis claimed. "And I think that’s actually the perfect recipe for success in North Korea. I think Trump and Kim Jong Un may well actually end up liking each other and talking on the phone every now and then. I really do."

Trump is right about media bias, and "the Korean news coverage is a perfect example of that," Travis wrote. "But spend less time worrying about the coverage and just enjoy, at least for a moment, that things with North Korea seem to be slowly working to eliminate the greatest threat to world peace the world faces today."