In the lowest point of a disgraceful day, Sen. Sheldon Whitehouse, D-RI., questioned Judge Brett Kavanaugh on the meaning of certain words he wrote in a yearbook in the 1980s. Kavanaugh’s answers were, according to liberal outlets, lies.

David Moye of the Huffington Post made an unconvincing entry into that conversation with a Sept. 27 article titled “Twitter Users School Brett Kavanaugh On Real Meanings Of ‘Boof’ And ‘Devil’s Triangle’.” Essentially, Moye tried to dub random Twitter users and the site Urban Dictionary as twin fountains of definitive knowledge about the slang used by Georgetown Prep students during Reagan’s first term. 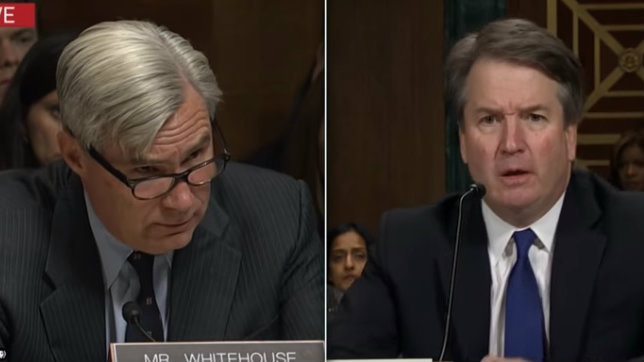 As for “devil’s triangle,” the tweeters claimed it stood for a threesome consisting of two men and one woman, and that is the most consistent definition on Urban Dictionary (though the page for the term is now littered with entries meant to disparage Kavanaugh). However, this is a distinctly sexual use of this term, which is also commonly used to refer to the Bermuda Triangle; board games and rock songs also carry the moniker. To assume that the term was automatically sexual in nature and consistent with the Urban Dictionary definition would be to assume the truth of one’s own conclusion.