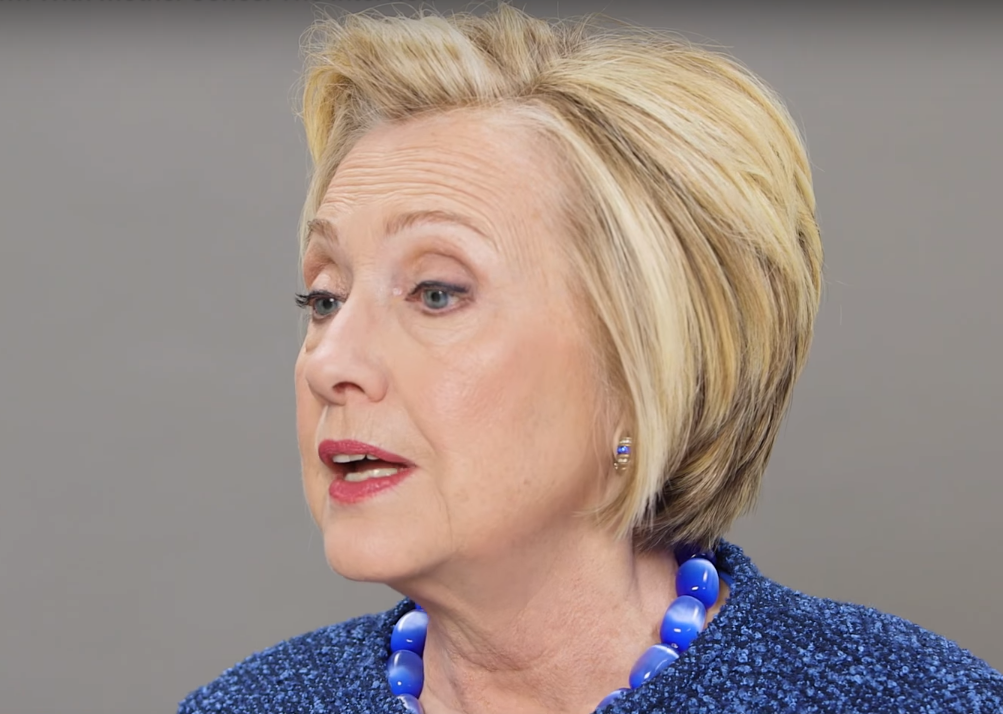 Amidst the turmoil of all the immigrant family separation stories, the media has decided to turn to their unblemished angel, Hillary Clinton, for her insight on the controversy.

On June 29th, The Guardian posted an interview with the 2016 presidential candidate, covering her thoughts on the Trump administration and the border issues. Painted like a child-loving heroin from a tragic play, the “stricken” Hillary proclaimed her concern for all the immigrant children.

“I worry about that. I’m worried that some children will not be reunited,” she revealed. “The question of how we reunite the children who were taken from the parents is the one that’s keeping me up at night.” All. Night.

Dabbing her eyes, she lets rip.

“I mean, you just … who thinks like that? Who does these things? How can anybody look in the mirror? How can they actually live with themselves? If you heard about it in some third-world banana republic, you’d say: ‘That’s horrible! Stop it! Who would do that?’ Now it’s happening in our country, and it’s just so distressing. I think a lot of us keep waiting for the bottom – and it just seems to be bottomless.”

Touching, but Hillary defended crushing babies’ skulls. It would have looked bad for The Guardian to point out that back in the 2016 Hillary defended partial-birth abortion, a procedure in which a baby is partly taken out of the womb and then brutally killed. Just like Hillary tried to paint her support of the procedure under a sympathetic light, The Guardian disguised her as a selfless children’s rights advocate.

She was not just maternal though, she also had a fierce passion for justice. “What is more uncivil and cruel than taking children away? It should be met with resolve and strength,” she declared.

One wonders if Juanita Broaddrick and Kathleen Willey see her as someone devoted to civility and kindness too. The Guardian didn’t think about asking them, probably because they accused Hillary of sanctioning Bill Clinton’s sexual assaults back in the 90’s.

Liberals and the media have a flare for the ironic concerning the border situation. Two weeks ago, the former Planned Parenthood executive Cecile Richards tweeted that she was horrified that babies were being ripped from their mothers arms. Apparently The Guardian didn’t want her to steal the show. That’s why they brought in Hillary for the second act.