In an attempt to sympathize with women who say that Texas’ heartbeat law is an oppressive bit of legislation designed to force women to carry their innocent unborn children to term, Kill Bill actress Uma Thurman penned an op-ed in The Washington Post admitting that she had an abortion in her young life that “was the path to the life full of joy and love that I have experienced.” 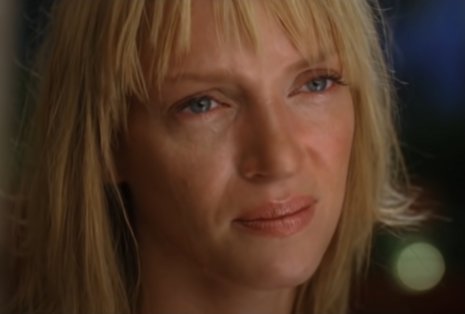 Uma had one. Thus abortion’s shouldn’t be restricted like they are in Texas.

Uh, so that basically reads, I sacrificed my child’s life so that I could have the Hollywood experience, and it's wrong that Texas women can't participate in that human sacrifice anymore.

Yes, the spiritual and moral character of Thurman’s piece was that callous and decrepit. It’s all about justifying the killing of an innocent human because that act allowed her to be well-adjusted, rich and famous. Though how well-adjusted are you when you’re OK with selling your soul for earthly pleasure?

It it weren't for abortion, she’d have gone back home to raise her kid instead of giving us Kill Bill. What are we supposed to say? Thank you, Ms. Thurman?

Sure Uma admitted that the abortion, done in her “late teens,” was “terrible” and that the decision caused her heart to be “broken nonetheless.”  But instead of telling future mothers to choose the other option, she says, it was ultimately good. The ends justified the means.

She wrote, “The abortion I had as a teenager was the hardest decision of my life, one that caused me anguish then and that saddens me even now, but it was the path to the life full of joy and love that I have experienced.” Geez, what a twisted outlook.

Thurman even had the nerve to add, “Choosing not to keep that early pregnancy allowed me to grow up and become the mother I wanted and needed to be.” OK well keep telling yourself that, Uma. Though we’ll try to be compassionate. Think about it: If you killed your own child and were haunted by it for decades, you’d probably be tempted to listen to the narrative that you did an OK thing too.

So Uma has pushed those regrets and pain of abortion aside and is now decrying the Texas law because it prevents women from freeing themselves like she did. “This law is yet another discriminatory tool against those who are economically disadvantaged, and often, indeed, against their partners.”

She also claimed that the law will be “denying them the choice not to have children they are not equipped to care for, or extinguishing their hopes for the future family they might choose.” The actress then added, “to all women outraged by having our bodies’ rights taken by the state; and to all of you who are made vulnerable and subjected to shame because you have a uterus — I say: I see you.”

Mmhmm, she’s so concerned with how the state is victimizing her, that she can’t even see that it’s about the state protecting the right to life of innocent unborn human being.