Despite the Biden administration’s best efforts to turn our southern border into the most welcoming, easy-access gateway in the world – where 2 million unvetted and mostly unvaxxed illegal migrants are set to move through by the end of this year alone – one federal judge won’t let Biden get away with it. 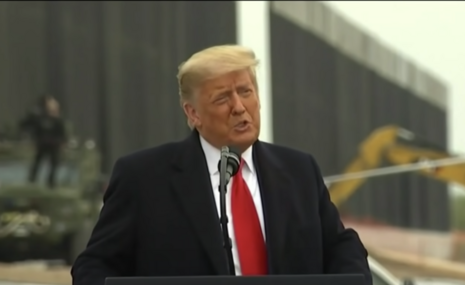 According to a report from The Daily Signal, Federal District Judge Matthew Kacsmaryk ruled in favor of a Texas and Missouri lawsuit against the federal government’s border policies (or lack thereof). That lawsuit charged that the Biden administration unlawfully terminated the Migrant Protection Protocols, otherwise known as President Trump’s “Remain in Mexico” Policy.

The outlet explained that Judge Kacsmaryk’s ruling makes it so that unless Biden wins an emergency appeal in court by August 20, the landmark policy is reinstated.

As part of the Biden administration’s ambitious efforts to practically eradicate the previous president’s border policies, it formally ended the Remain in Mexico policy in early June 2021, which was enacted by acting DHS Secretary Kirstjen Nielsen in 2019. As The New York Post described it, the policy “forced asylum-seekers to wait in Mexico for their cases to be heard in an American immigration court.”

At least with the “Remain in Mexico Policy” migrants would be forced to wait in Mexico for their court dates, which would keep the brunt of illegals out of our country, and disincentivize migrants from making the journey as well as disincentivize Mexico to allow them easy passage into their border with our country.

It was a pretty common sense bit of border policy. Though the Biden administration suspended its application immediately upon entering office, with the official termination happening in June. As such, “11,200 people with active cases have been allowed to return to the United States to wait for a ruling.” Conservatives like Hillbilly Elegy author J.D. Vance slammed Biden’s reversal, saying “‘Remain in Mexico’ was one of the smartest immigration policies of the last 30 years. A president who cares about his own people dying of fentanyl overdoses doesn’t do this.”

Well thankfully, it’s not off the table. In his ruling from Friday August 13, Judge Kacsmaryk ruled that Biden had “violated the Administrative Procedure Act,” a section of immigration law that, according to The Daily Signal, requires “executive branch agencies to explain and justify their actions with ‘reasoned decisionmaking.’”

The judge found that the Biden administration’s reasoning for terminating the policy came up “woefully short” of standard required to get rid of it. At least in proportion to how much illegal immigration the Trump-era policy was stopping.

Well this is excellent news. Not only do we get to keep a nice chunk of Trump’s strong border policy (provided Sleepy Joe doesn’t win an emergency appeal), we’ve also got a nice ruling that basically says that Biden policy is downright stupid. We’ll call that a win.