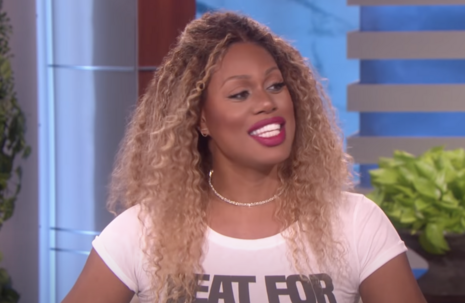 The Gay and Lesbian Alliance Against Defamation (GLAAD) is one Hollywood lobby group that clearly doesn’t give a damn about harming kids.

GLAAD, the leading activist group pushing the LGBTQ agenda in entertainment media, hosted its 32nd annual “GLAAD Media Awards” on April 8. For the uninitiated, the GLAAD Awards is an event put on by the gay lobby in order to recognize the achievements in LGBTQ representation made by entertainment and news media. This year’s event was virtual due to the COVID panic, but the society-destroying propaganda was as explicit and immediate as ever. Even worse, this time much of it was aimed at children.

In addition to lesbian child YouTube star JoJo Siwa using her appearance at the awards show to tell her legions of kid fans that loving whoever you want is “all that matters,” one famous Hollywood transgender star told confused “trans” children that they are “anointed” and “divine,” i.e. that their confusion over their gender makes them special, or set apart.

Of course, anyone still honest enough to admit that transgenderism is more a sign of  psychological issues rather than a blessing sees this as a toxic message, especially for children who are less likely to have a full understanding of who they are at their age.

After accepting the GLAAD Media Award for “Outstanding Documentary” for her film Disclosure, trans female star of Netflix’s Orange Is The New Black Laverne Cox told trans youth that now is the time for them to embrace “radical self love” and get everyone else in the community to do the same. Cox stated, “We are looking for people to move beyond acceptance to radical acceptance, to radical self-love.” Mmm-hmm, gone are the days where un-Biblical views of sexuality are tolerated or even accepted, they must be loved, even by those who don’t agree.

Not only did Cox charge “trans youth” with the task of spreading this self-love to the unbeliever, she also addressed the youngsters as “anointed” or “divine,” as if their rebellion against biological sex sets them apart as holy. Cox added, “To the trans youth watching right now, we want you to know that you’re anointed, that despite all of the attacks that might be happening against you, you are divine. You deserve to be.”

What Cox and radical leftists are now telling kids is that rejecting the truth of how they were created makes them holy, no – more than that – it makes them “divine,” like God. Of course, we all know the aftermath of thinking that rebelling against God will make one like God.

Still, the actress continued, “You are here for a reason. You must survive to fulfill that divine purpose. I love you!” And, sure, that sounds nice and extremely inclusive. But, again, when you really look at the precise words Cox spoke, it’s extremely dangerous, especially for impressionable children.