Slate’s Advice: Sure! Abort Your Child and Tell Your Family It Was a ‘Miscarriage’ 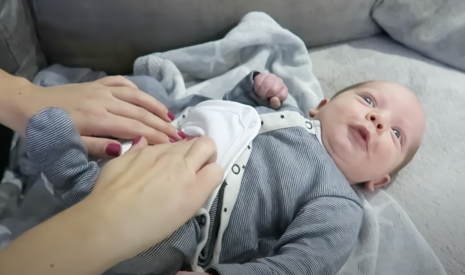 Progressivism is a form of cruelty that encourages women to kill their own children and not disclose it to their husbands, for the sake of mommy’s mental health of course.

The advice column at lefty rag Slate gave some highly disturbing, but not shocking, guidance to a married mother of one who had recently become pregnant with her second child and regretted it. The woman asked the “Dear Prudence” column whether it would be appropriate for her to get an abortion and not tell her husband nor his family about. "Prudence" said it was totally chill.

On March 13, the woman seeking advice, who referred to herself as "Thinking About Termination," provided Prudence with the horrific circumstances that have compelled her to get her secret abortion. She wrote, “I am happily married, financially stable, and a mom of a beautiful, feral toddler. On a drunken night I convinced myself that I did, in fact, want a sibling for my toddler—quite the 180 from my staunch stance of being “one and done!’”

Oh no, those sound like some seriously dire circumstances. Not exactly the classic conceived in rape and doomed to be born into poverty situation, but still bad.

“I’m now 10 weeks pregnant with my second child and plagued with nausea, vomiting, and most of all regret,” she added. What’s worse was when she revealed that, “He, his parents, and my parents are all excited about baby No. 2.”

Hmm, so a loving family is ready to fully embrace the child, well except for the mother. She went the extra insidious mile of asking whether it would be OK to lie to the family about the abortion, asking, “Should I terminate this pregnancy and tell all (including my husband) that I miscarried?” Yeah, Daddy gets no say. Just a dead son or daughter and a monumental lie from his loving wife. How sickening.

And of course, Prudence enabled the woman splendidly. She wrote, “‘I don’t want to be a parent’” is a wholly sufficient reason to schedule an abortion.” Of course the horror story for the innocent baby and its father is just a simple choice for the mother. Prudence also added, “you are under no obligation to disclose your decision to terminate a pregnancy to anyone else, no matter how excited they may have been about your pregnancy or how much they might wish you to carry your pregnancy to term.”

Yep. She doesn’t even have to tell the father, whose own flesh and blood is going to be chopped up in the womb. Prudence added, “Your pregnancy is not a decision to be made by an executive committee whereby other people can purchase shares in your reproductive choices because they’ve married you, or because they hope to become grandparents again.” It seems the psychological trick here is to make fatherhood into something as impersonal as an annoying “executive committee” exercising unnecessary authority over the women’s body. Yeah, take that, Patriarchy! Who cares if he’s the loving dad, anyway?

Prudence ended the advice saying, “Whatever you decide, don’t let your disappointment or your embarrassment keep you from making an informed and self-interested decision about something as huge as raising a second child.” Though it’s more like, Don’t let an innocent human being – which already exists – keep you from your convenience, comfort, and strangely rigid decisions of having only one child.