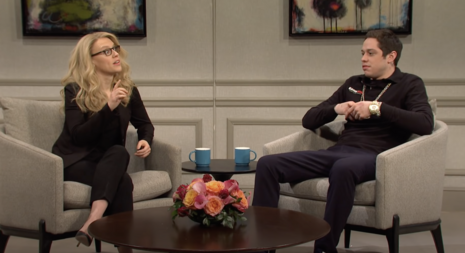 The sketch series, whose entire brand for the past four years has been built on bashing the last president, made no quips about the brand new Biden administration during skits in the show's first episode of the new year. (Though they did reference Biden administration policies during the "Weekend Update" satirical news segment.)

“In their first episode of 2021 and the first under President Joe Biden and Vice President Kamala Harris, the show didn’t take aim at the two prominent figures,” popculture.com reported.

This came as a shock to literally no one on planet Earth, but it did prompt a few viewers an opportunity to slam the NBC sketch comedy series on Twitter for being shameless political partisans.

Hmm. Guess there weren’t going to be any buffoonish Trump portrayals from the former Glengarry Glen Ross star with the fake Spanish wife, no dig at Biden’s various speech flubs from gap-toothed Harrelson wearing a white hairpiece, nor any biting barbs at Biden’s early abdication of campaign promises from Carrey and his manic Cheshire cat smile. Where was Rudolph's Harris with her quintessential "I'm a cool mom" sport coat and Chuck Taylor get up?

And couldn’t they at least have gotten a redhead like Amy Adams, Emma Stone, or even D-list psycho Kathy Griffin to portray White House Press Secretary Jen Psaki? Her already long-list of “ums” and “circle backs” were prime material. Talk about a missed opportunity.

Of course, some fans noticed the sketch series’ omission, with several implying that this is just what happens when the media, including Saturday Night Live, have been acting like an arm of the DNC for years now. One blue-check Twitter user, radio host Dom Giordano, tweeted a sarcastic question: “Zero Biden jokes to kick off SNL. Who thought that would happen?”

Another tweeter said, “I am officially a boring middle aged person. I did not find @nbcsnl to be that funny last night. Disappointed[.] I expected a stronger and funnier episode. Given Trump leaving , Biden inauguration and it was the first episode of the new year?”

We’ll go out a limb here and predict that SNL won’t even touch Hunter Biden, and considering all the wacky hijinks and substances he’s into, there’s a kilo of material there. But nooooo, the only funny family corruption jokes we’re ever going to get involve Donald Trump Jr., his brother Eric, and a monotone Robert Mueller impression done by Robert DeNiro. And those were all based on some fake, anti-Trump fever dream. Talk about boring!