Oh The Irony: Hollywood Asks Us To Think of the ‘Children’ As They Slime Pro-Life Barrett 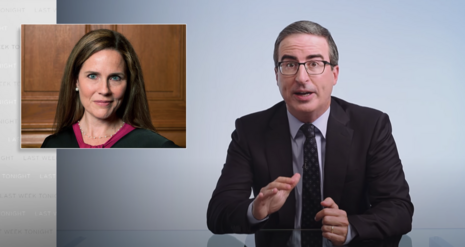 To sum it up, HBO talk show host John Oliver claimed that the nomination of Catholic, pro-life, conservative Justice Amy Coney Barrett means things are “hopeless.” And you know, that means things are probably gonna be pretty great for the rest of us.

Trump announced Barrett’s nomination on Saturday, September 26, to the universal delight of pro-life, religious Americans everywhere. Barrett is considered an originalist in her interpretation of the constitution, seen by many as an ideological successor to Justice Scalia on the bench. That is the stuff of nightmares for progressives in Hollywood.

Over the weekend, Hollywood erupted with scorn and bitterness for Trump’s latest appointee. Westworld and James Bond actor Jeffrey Wright tweeted that Barrett’s nomination was “disgraceful,” and added that Trump’s choice contributes to his fake, two-faced image that conservatives have been duped by. 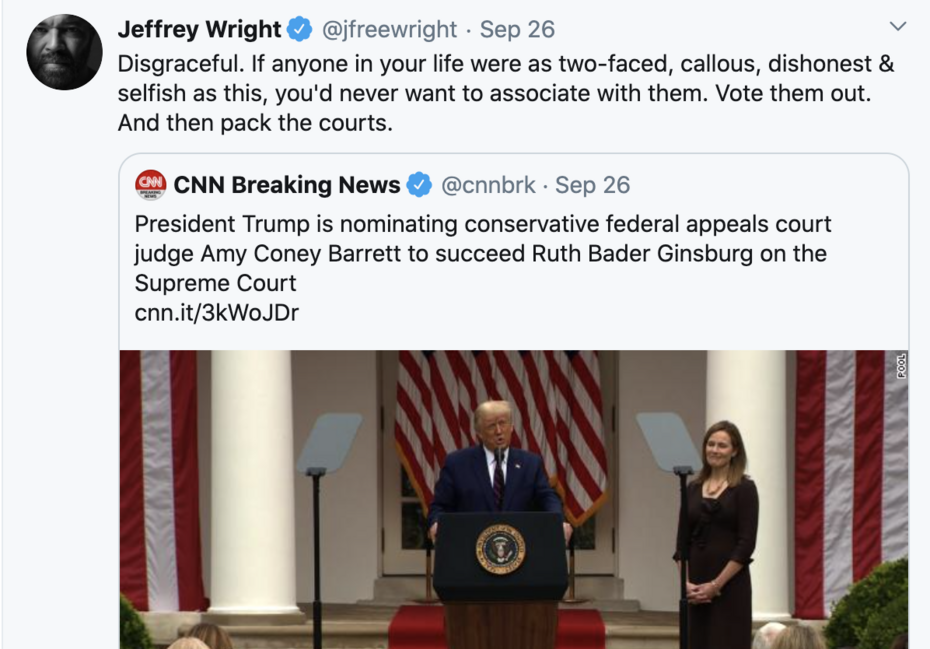 Wright wrote, “Disgraceful. If anyone in your life were as two-faced, callous, dishonest & selfish as this, you'd never want to associate with them. Vote them out. And then pack the courts.” Ah yes, these lefties always talk about saving Democracy, but want to alter the judiciary so it’s only a leftist interpretation of the law from here on out.

Amusingly, anti-Trump model Chrissy Teigen wasn’t able to come up with much of an attack on such a good court pick, so she echoed Wright’s claim that her pro-family image makes Trump look like a hypocrite. With her usually classy understatement, Teigen tweeted, “The wildest thing about this Barrett nomination is we’re so caught up in her conservativeness that we forget TRUMP DOESN’T EVEN HIMSELF BELIEVE THIS SHIT.”

“He is not a religious man. A family man. Nothing. It’s a lie that got so out of hand he’s gotta roll with just to stay a DICK,” she added. Hopefully a Democrat Senator has a more substantial line of attack than that for Barrett’s confirmation hearings. 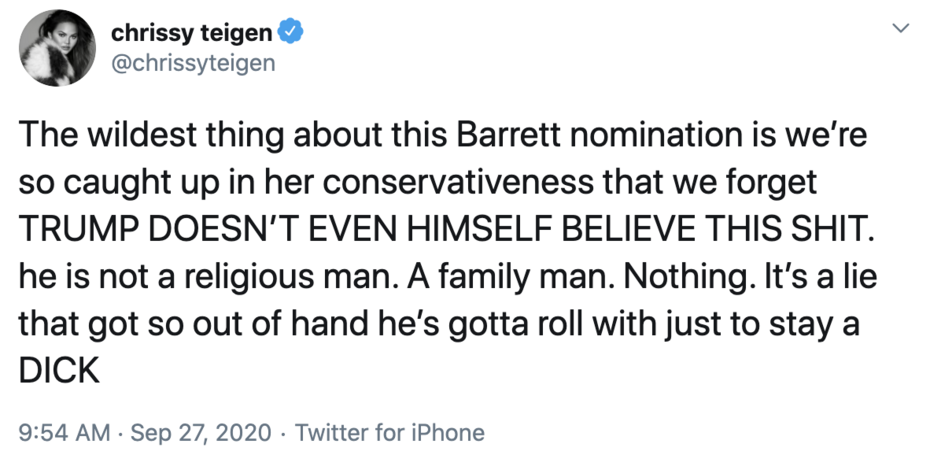 Hocus Pocus star Bette Midler didn’t have much to say, beyond calling Barrett a “lady Mike Pence.” She tweeted, “Do you think they tried very hard to get Donald to read anything about #AmyConeyBarrett, or did they just say, “We found a lady Mike Pence” during a commercial break on OANN?” Again, a lady Mike Pence sounds like a nightmare for them, but not a bad choice for us.

HBO talk show host John Oliver seemed a little more perturbed, calling the Amy Coney Barrett nomination a “hopeless” situation for the left during a segment on “Last Week Tonight.” After discussing how bad Barrett would be for abortion rights and proggie dreams of universal healthcare, the host concluded, “If things seem hopeless right now it’s because, to be completely honest, they basically are.”

Singer Cher became even more unhinged than Oliver, asserting that “sick children will suffer” due to Barrett’s presence on the bench. She tweeted, “Trump APPOINTS FEMALE NEOCON JUDGE WHO PLEDGES BEHIND THE SCENES, 2 KILL ACA & PRE-EXISTING CONDITIONS DURING  A PANDEMIC, & ROE WADE 2 GO. SICK CHILDREN WILL SUFFER BECAUSE MEDICINES TOO EXPENSIVE.”

Cher lamenting the plight of children and crying about the potential loss of abortion rights is the kind of cognitive dissonance that only Hollywood schizos could achieve.