Alyssa Milano has once again found herself at the center of internet mockery, though what else is new for the gun-grabbing, abortion-adoring, Joe Biden-assault apologist? 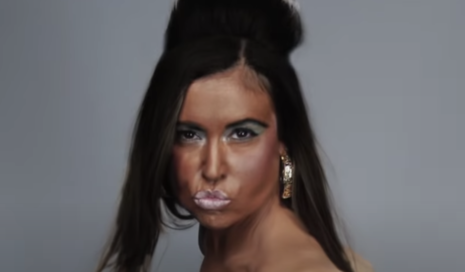 In recent days, an old video has surfaced of the 47-year old Charmed actress wearing dark makeup for a comedic portrayal. As soon as the video – from a 2013 Funny or Die skit – was dredged up by internet trolls, people immediately jumped on Milano with accusations of wearing “blackface.” Outlet Lifezette wrote a piece on Milano’s “blackface” and she lost it.

Horrified at the accusation (because she’s never on the wrong side of history), the shrill radical leftist defended herself claiming that the fake dark complexion was a joke aimed at making fun of Jersey Shore star Nicole Polizzi (AKA “Snooki”). But really, what the heck do we have against over tanned Latinas from New Jersey?

Joking aside, Milano distanced her comedic antics from more traditional, anti-African American forms of “Blackface,” calling her accusers “assholes” as well. She tweeted on June 30, “Hey, assholes. The below picture is me parodying Jersey Shore and Snookie's (sic) tan,"

The actress then tried to smooth it over with the Jersey Shore star, adding that Snooki “is a sweetheart by the way." She also wrote that her tan is just as “worthy of parodying” as Trump's 'tan,'" and then added a lovely little send off to the haters again, writing, “So go fuck yourselves with your smear campaign.”

Though of course, isn’t Milano’s indignation at these accusations textbook “white fragility?” Obviously, because of the socio-economic status her “whiteness” has given her, Milano would never be able to fathom the pain or hardships suffered by alcoholism-prone party-goers of Italian upbringing and Chilean descent, right?

Popculture.com, which reported Milano’s latest Twitter drama, reminded readers as well, that Polizzi “was adopted by Italian-American parents in New Jersey but born in Chile.” The outlet added that “Snooki” was known during “her original stint on MTV for her obsession with tanning.”

Oh so, there goes Milano, making fun of hispanics. Perhaps the over tanning could be part of a beautiful cultural tradition passed on from villagers living in the Andes mountains. Again, wouldn’t Milano’s whiteness nullify her from questioning that dubious historical information. I mean, that’s how BLM rhetoric works, and people of “white privilege” can’t even question the movement’s ignorant tenets

Conservative commentator and Spectator USA contributor Stephen L. Miller commented on Milano’s post, tweeting, “You’re calling people who are calling out appropriation and racism ‘assholes’. Not very nice of you and not very inclusive or intersectional.”

We’re just kidding, of course,  but you know we could play this game all day. No one wants Milano cancelled for a harmless joke, though we could do with a hiatus from her noxious politics. Remember, she’s a champion of #MeToo and #BelieveAllWomen, but she can’t seem to believe Joe Biden’s rape accuser. She wants your guns gone during a pandemic and the current season of violent riots, and she is proud of her two abortions.