You know, the coronavirus “social distancing” measures don’t have to be all bad. There are silver linings to some of this limbo, one being that the LGBTQ community has to slow down its offenses against our sensibilities. 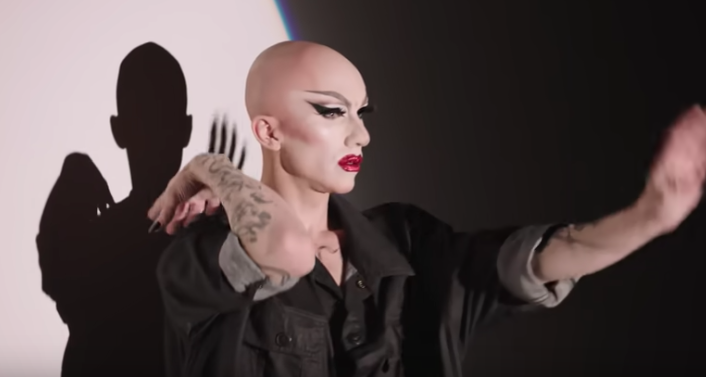 Both the Hollywood gay lobby (GLAAD) and drag queens have reported hits to their respective lines of work. The Gay and Lesbian Alliance Against Defamation had to cancel its annual awards show because of coronavirus and famous drag queens are lamenting the lack of people coming to their shows because of quarantine.

Hey, at least kids all over the country can be safe from drag queen story hour for a month, and by the grace of God we have a reprieve from listening to another Taylor Swift lecture.

Variety reported that GLAAD had to postpone its annual “GLAAD Media Awards,” which was scheduled for Thursday, March 19 in New York City. This is the organization that demands 20% of all TV characters to be LGBTQ by 2025. The outlet wrote, “About 800 people were expected to attend this year’s gala at the New York Hilton Midtown… Late-night talk show host Lilly Singh was supposed to host the ceremony, which was going to include performances by Adam Lambert and Ben Platt.”

For anyone unfamiliar with Lily-Singh, she’s an Indian-Canadian YouTube star-turned late night talk show host at NBC who fixates on mixing humor with identity politics. She also deploys her bisexuality along with her stale feminist schtick for attention. So, at least we can be thankful to not hear her lecture from the podium.

An even bigger relief is that, since GLAAD canceled the other part of its media awards in L.A. earlier this week, Taylor Swift will have to wait to receive her “Vanguard Award.” That honor goes to “media professionals who have made a significant difference in promoting equality and acceptance of LGBTQ people.”

Swift, a recent convert to preachy Hollywood leftism, has gone full woke since the Nov. 2018 midterm elections. Her latest album is part LGBTQ apologetics project, part feminist manifesto, and 100% corporate wokeness. At the last MTV Video Music Awards she knocked the White House for not acknowledging her “equality act petition,” so here’s one less award show we’ll hear her preach at.

The other bit of good news is that Entertainment Weekly reported that “coronavirus closures are upending the drag industry.” The outlet explained that “Global virus containment efforts ... literally halt the cash flow of a workforce of live entertainers that survive on tips from eager crowds.”

And although it’s obvious how that harms local drag queens, more established queens are taking hits, too. Winner of the 2017 season of RuPaul’s Drag Race and one of the world’s most famous drag queens, Sasha Velour lamented that he lost “$100,000” in “March alone” for canceled tour dates as President Trump called for suspension of travel between the U.S. and Europe. But, of course, since drag queens are such an important cultural staple, EW provided multiple links for those looking to donate.

Yeah, well again, maybe a national break from drag queens is a good thing. All the viral videos of them sexualizing kids as young as nine-months-old are proof that maybe from certain perspectives, quarantine might be good.