The far left reboot of Taylor Swift is continuing her work of alienating conservatives and most other normal folks from her fanbase. The singer unveiled her music video for her misogyny-crushing anthem “The Man,” featuring her play-acting as a man and doing all the things your typical toxic white male gets away with that women can’t. 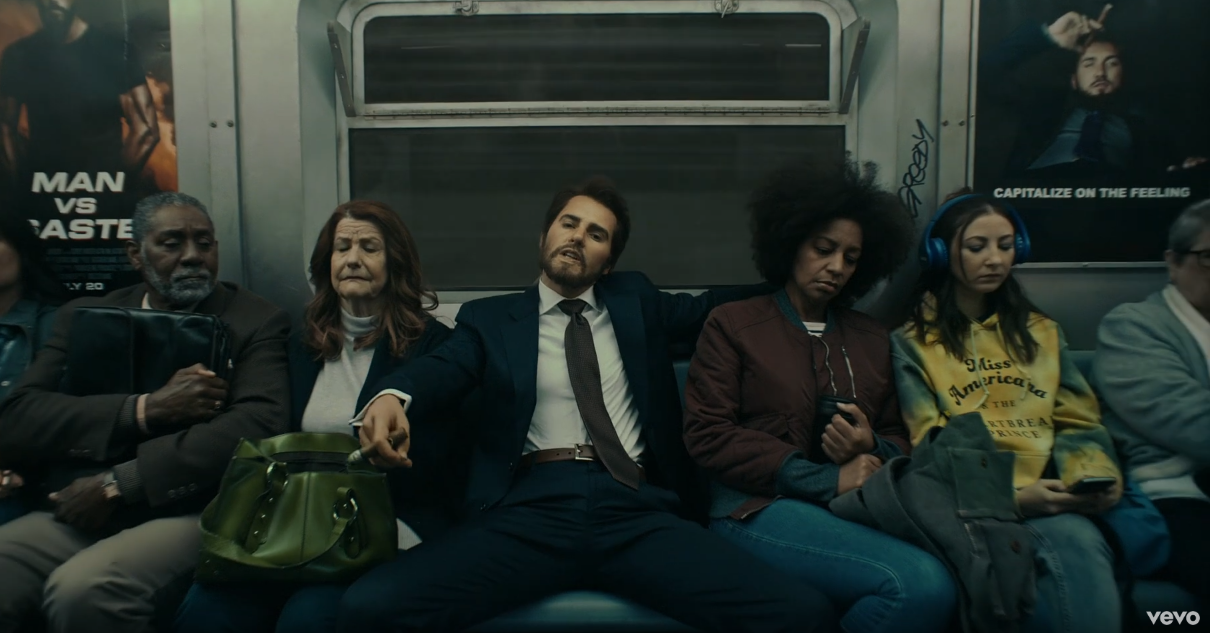 Like smoking cigars while manspreading on subway cars, or behaving like an arrogant jerk on a yacht with models? Well if your info comes from a Swift music video, these are the problems with guys these days.

Swift’s video for “The Man” premiered online on February 27, and of course it was a slick, polished production. Swift’s got the best entertainment people working for her, and their politics are predictable. “The Man” is a cheap feminist anthem about double standards.

Her lyrics for the song’s chorus sum up her views on sexism. She sings, “I'm so sick of running as fast as I can. Wondering if I'd get there quicker if I was a man. And I'm so sick of them coming at me again, 'cause if I was a man then I'd be the man.” Yes, so sad, and her $300 million doesn’t put her about 99% of most men on earth, but we digress.

Of course the music video makes her points even dumber than they were in writing. In a jaw-dropping transformation, Swift adopts facial prosthetics, fake beard, brown wig, and a suit and emulates all the bad behavior that men get away with in the music video.

As we wrote, most of the antics she lampoons end up being a cheap shot at men via an unrealistic caricature. She features herself in the male role manspreading -- gasp -- on the subway and smoking a cigar next to flustered passengers. The fictional Mr. Swift urinates in public without a care, flashes cash on a yacht, engages in bar brawls and even throws a tantrum after bad call while playing a high stakes tennis match.

This is obviously a dig at media critics who disapproved of Female tennis legend Serena Williams’s meltdown at the U.S. open over the umpire’s decision. The counter-assertion was that Serena was taking heat because it wasn’t ladylike. But Swift’s man meltdown in the video would be cringe-inducing even in a patriarchal society.

Swift must see her product as more of a joke, because it’s too cartoony to be a political statement. Yeah maybe in her elite fishbowl where she works with a bunch of egomaniac actors and power-hungry talent managers (who she’s feuding with over rights to her music,) there are men like this. But for her to prattle on like these are normal Americans’ views or behaviors is insulting.

Then again, she’s not too sophisticated. She was in tears over Trump supporters and conservative views in her recent Netflix documentary, bravely insisting she would risk her normally-good PR to fight "fascism" like the policies of conservative Senator Marsha Blackburn (R-TN). What a hero.