Elizabeth Warren dropped out of the 2020 presidential race March 5, and in that instant one could feel a great disturbance in the feminist force, as if a million voices cried out in terror that once again a woman was unfairly blocked out of her shot. 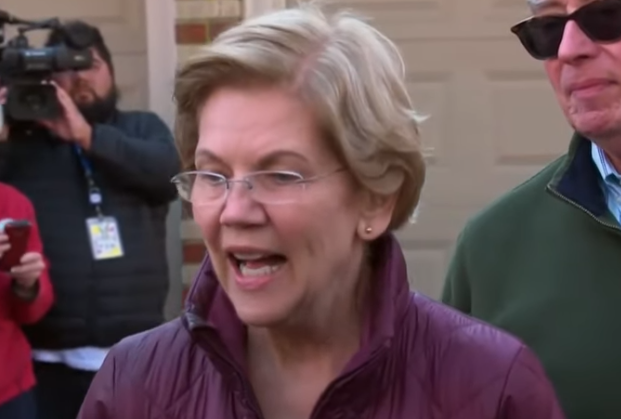 Medium’s Jessica Valenti, a radical feminist with a history of blaming the world’s problems on the patriarchy, let out a loud lamentation about the Senator from Massachusetts’s untimely fate, arguing that her lack of success in the race was the fault of “America’s sexism.” Oh this should be good.

Valenti had apparently staked her mental well-being on the fact that a calculating, unlikable female candidate, with a penchant for lying about her background to get ahead, would beat Donald Trump, just because he’s brutish and she’s a progressive. Too bad.

What happened to Warren was “enough to make me feel, well, despairing: that we had the candidate of a lifetime — someone with the energy, vision, and follow-through to lead the country out of our nightmarish era — and that the media and voters basically outright erased and ignored her,” she wrote.

The media ignored her? She may be the worst candidate ever to be relentlessly puffed by the fourth estate. But Valenti isn’t interested in talking substance but transfixed on the issue being sexism and she won’t budge. “Don’t tell me this isn’t about sexism. I’ve been around too long for that,” she insisted.

This is a textbook example of the limits of identity politics.

If you supported Warren just because she is a woman, do you have to overlook her lying about having Native American heritage (while calling Trump a racist for poking her about it)? What about her claim that she was fired from a teaching job for being pregnant? Or the one about her children going to public school in order to push her proposals against charter schools? Or when she lied about Bernie Sanders telling her that a woman couldn’t be president yet? That doesn’t begin to address her class warfare rhetoric and ruinous economic ideas.

Valenti refused to see any of that though. She doubled down and even complained about sexism shown towards her for supporting Warren. She wrote, “Even just supporting Warren has come with an unbearable amount of misogynist condescension. I’m tired of being told that I’m a single-issue voter because I care about a candidate’s gender, even if it’s not the only thing I care about.”

But here she is complaining that Warren lost because she’s a woman!

Valenti wrote that she wants her daughter to believe that a woman could be president: “I want her to be able to hold on to that optimism because the truth is that I’m fresh out of hope to give her.” Wow. How about teaching her the joy that comes from knowing anti-capitalist liars don’t get too far in an American presidential race? That’s a healthy perspective if ever there was one.