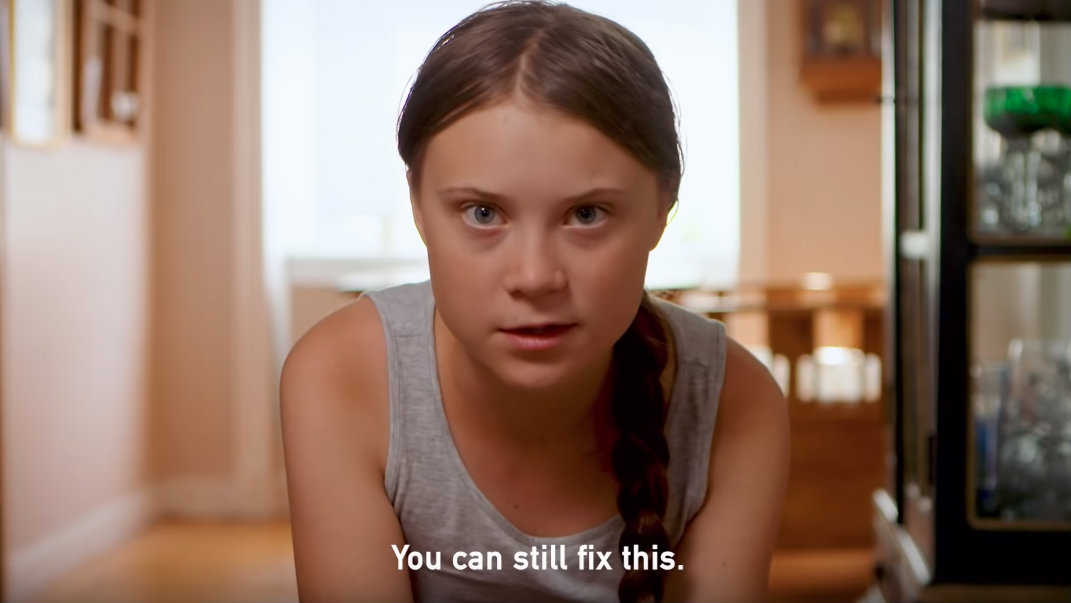 “Dora the Extorter?” “Exploited Development?” “How I Nagged Your Mother?” Whatever the eventual title, be afraid. Greta Thunberg is headed for TV.

During the BBC Showcase on Feb. 10, the network announced production of a docu-series on the life and and propaganda of the Swedish Scold. In a statement the BBC said, “The series will follow Greta’s international crusade, which takes her to the front line of climate change in some of the most extraordinary places on earth as she explores what actions could be taken to limit climate change and the damage it causes.”

So we’ll see Thunberg (which definitely does not rhyme with “Funberg") yelling at hapless politicians and hobnobbing with concerned celebrities, interspersed with classic tearjerker shots of supposedly starving polar bears, and footage of the burning Amazon Rainforest. (Context-free footage that is, since many of the fires are necessary for the environment and global incidence of fires has been on the decline in general since 2003. But we digress.)

The statement continued: “as she travels Greta meets not only leading scientists but political leaders and business heavyweights, exploring the scientific evidence with them and challenging them to change.” Oh gee, more viral ‘How dare you?!’ moments. That should be a ratings bonanza.

Think her parents/handlers will point her sailboat to China so she can bug the communist government about the country’s massive carbon emissions, which are double that of America? No? Oh right, she’s only interested in lecturing nations rooted in “colonial, racist, systems of oppression” because this is political more so than it is ecological.

And how’s this for a hook? In addition to witnessing the day-to-day behind the scenes of Greta’s activism, the BBC advertised the upcoming series as providing an in-depth look at the little girl’s journey from angry child to disillusioned young adult.

"The films will also chart her own journey into adulthood as she continues to be confronted by the real world consequences of inaction,” said the Beeb. Sounds like a compelling case on borderline child abuse.

The docu-series will also “share some of the quiet moments as she writes the impactful speeches that are now broadcast and analyzed around the world, as she lives a teenage life like no other.” They ain’t kidding about “life like no other.” Unfortunately, she’s going to be one messed-up adult..

Series producer Rob Liddell claimed, “To be able to do this with Greta is an extraordinary privilege, getting an inside view on what it’s like being a global icon and one of the most famous faces on the planet.” Hopefully she gets a Nobel prize at least for enduring all the left-wing brainwashing at the hands of these kooks.