Is This a Joke? Impeachment-Drunk Milano Pleads for ‘Common Ground’ 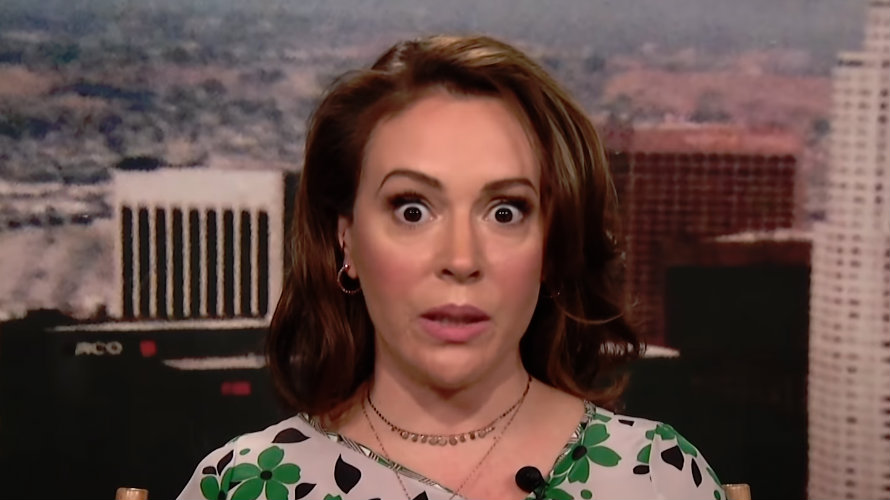 Everybody’s seen that now infamous Saturday CNN segment featuring Don Lemon, Rick Wilson and Wajahat Ali cackling away at the “credulous boomer rubes” who voted for Trump. Not a good look, is it? In fact, it’s so horrible that on Wednesday super-strident progressive actress Alyssa Milano tweeted, “I don’t agree with making fun of anyone. The CNN clip displays a level of mockery, toward those who support Trump, that I’m uncomfortable with.”

And then, in an overlong Twitter rant, she actually tried empathizing with Trump supporters on Twitter, because “mocking people for how they voted in 2016 is not the answer. Maybe, just maybe, it’s as simple as listening more and trying to find some common ground so people feel seen and heard.” It was a valiant attempt, but lefty smugness is the most powerful force in the universe, and her out-of-touch condescension strangled her good intentions.

“I think I understand why you voted for him,” she tweeted at her imaginary new Trumpy friends. “You were struggling. You didn’t feel seen or heard by the previous administrations. I get it. By voting for Trump you felt you were voting for change that could potentially help you and your family.”

And keep unborn babies alive, and roll back eight years of punitive environmental and “consumer protection” regulation on business, and lower taxes, and get control over our borders, and repeal and replace Obamacare, and adjust foreign policy, and a host of other issues. But you’ve got them all figured out Alyssa.

“And to that extent I ask you: are you better off? Are you struggling less? Because the country as a whole isn’t better off. The divide has never been deeper.” Perhaps not, but most people are too busy working and investing and living to dwell on political differences. But she didn’t really care how individuals are faring -- she had talking points to get to:

“In 3.5 yrs since Trump was elected-hate crimes have gone up. Gun violence has gone up. Depression and anxiety have gone up.” Hers certainly have.

But this is how a progressive says, “Come, let us reason together.” You and your president ruined everything. Let’s find common ground.

Again, she made the attempt. Maybe her olive branch would be more appealing if not for her recent history. She campaigned -- with tears on camera -- to get Brett Kavanaugh, an innocent man, blocked from the Supreme Court. She was also the face of the Georgia pro-life boycott, encouraging Hollywood as a whole to punish the people of Georgia for democratically deciding the wanted nothing to do with an anything-goes abortion regime. Oh, and her newfound taste for outreach and tolerance is seriously at odds with her social media paper trail.

But other than that, Alyssa, good talk.