Captain Marvel Sequel to Be Written By Pro-Iranian, Anti-Trump Feminist

Apparently Disney and Marvel’s next installment in the comic book movie series Captain Marvel promises to be even more woke than the first outing. And, if that seemed impossible, just know that the newly-announced writer is an “uber feminist” and “pro-Iranian,” in addition to being rabidly anti-Trump. 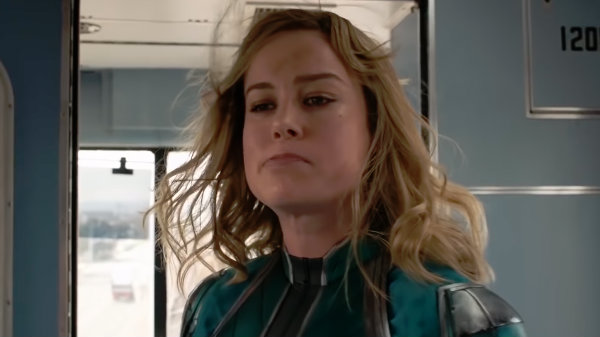 Talk about agenda-driven and edgy.

According to pop culture blog site Sausage Roll, the sequel to the movie about everyone’s favorite superpowered female (sorry, Wonder Woman, corporate doesn’t think you’re woke enough) is being written by a woman who is “passionate” about women’s reproductive rights and regressive radical Islamist regimes.

Wow, those things go hand in hand, don’t they?

But not to worry, she knows comic books. The outlet described DeConnick as “an avid comic book reader, massive nerd and passionate geek.” She's also “overwhelmingly passionate about the film’s message.” Considering one of her passions involves retweeting lamentations about the plight of Iranians during the recent Trump/Iran standoff, or that of Iranian illegals being detained at the U.S. border, her zeal doesn’t seem like a selling point.

Still, for woke Marvel, which is pushing to have its first transgender character in an upcoming movie, it’s these kinds of left-wing viewpoints that earn one the Captain Marvel gig, regardless of her lack of screenwriting experience.

Sausage Roll reported that though DeConnick “may not be a seasoned screenwriter,” what “she lacks in experience she makes up for in passion.” According to an acquaintance of hers, “Kelly is a champion for women’s rights, she embodies Captain Marvel.” Sure, because her apparent respect for a country in which women’s rights are suppressed sells that quite nicely.

Whatever. As The Blaze’s Lauren Chen tweeted, “She literally seems like she came out of a random social justice activist character generator.” We agree.

DeConnick isn’t just your typical Twitter purple-hair who fancies retweeting the occasional anti-Trump New York Times article or laments the plight of foreigners over Americans in wartime, she’s also been linked to Comicgate, which the Sausage Roll described as a “militant feminist movement” with the purpose of eradicating “toxic masculinity from geek culture, specifically comic book culture." Oh, brother.