It’s that time of year again, when the cold bitter truth about our wretched Thanksgiving holiday must be brought to the surface. Rather then let today’s Americans celebrate a day of gratitude for our blessed lot in life in this successful, multicultural country, we must fixate on North America’s first bloody instances of identity politics. 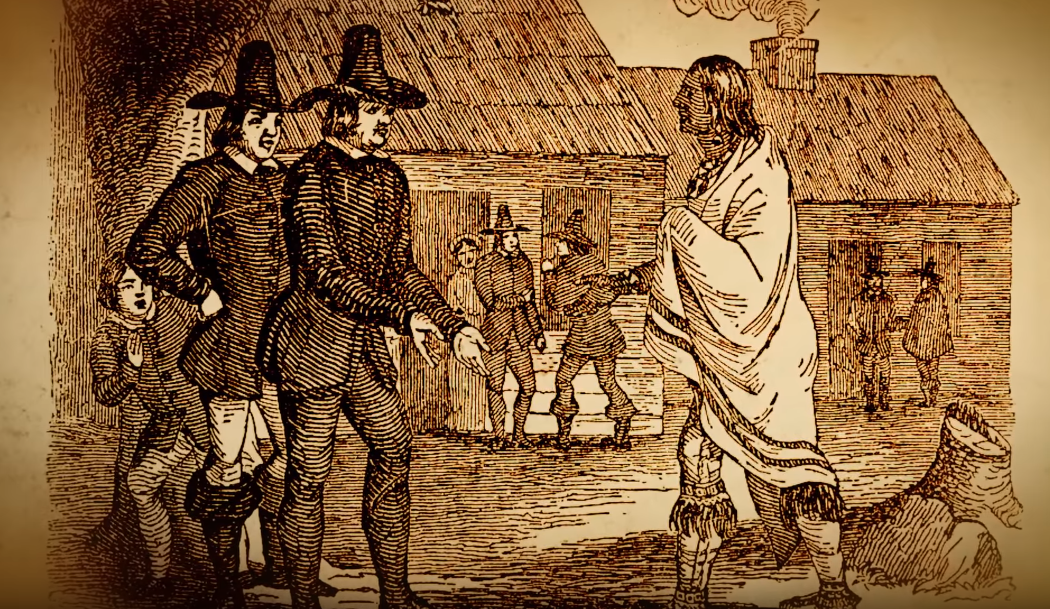 Both CNN and The New Yorker recounted the “actual” history of the peaceful and adept Wampanoag Indians and their dealings with the European Pilgrims during the first Thanksgiving. Of course the story that the natives came to the pilgrims in Massachusetts bearing gifts of local cuisine and sitting down for a shared meal and friendship is one big fat “invention.” Instead of a day of thanksgiving, the media today reminds us that for Native American descendants, it’s a “Day of Mourning.”

The New Yorker did some heavy historical lifting to remind white European-Americans just how much their hallowed “creation stories” are lies meant to distract them from what this country is: a place of racial injustice that was founded on racial injustice. During America’s civil war era, “American mythmakers discovered that the Pilgrims, and New England as a whole, were perfectly cast as national founders: white, Protestant, democratic, and blessed with an American character.”

Thus a story was born to serve white megalomania for centuries to come. The outlet claimed, “Glorifying the endurance of white Pilgrim founders diverted attention from the brutality of Jim Crow and racial violence, and downplayed the foundational role of African slavery.”

The piece clarified the savage truth behind this myth: “the Thanksgiving story buries the major cause of King Philip’s War—the relentless seizure of Indian land. It also covers up the consequence.” Oh yes, as we’ve been told time and time again, much raping and pillaging happened.

It even threw in the idea that the fabled meeting between both Wampanoags and Pilgrims happened because the cautious indians were perturbed by the settlers having a good old time shooting guns, those rednecks. “It was a party, not a prayer, and was full of people shooting at things,” historians have claimed, affirming that indians weren’t actually there to celebrate, but see if everything was alright.

“They came not to enjoy a multicultural feast but to aid the Pilgrims: hearing repeated gunfire, they assumed that the settlers were under attack.” Of course what followed were centuries of land seizure, small-pox, and yes, genocide.

Even CNN’s Victor Blackwell had to start his Thanksgiving coverage by mentioning the “Day of Mourning,” the alternative thanksgiving where the last few Wampanoags living in Massachusetts remember they were robbed, and are still waiting for justice for the wanton destruction of their tribes.

The Sunday segment featured current Mashpee Wampanoag-tribe chairman Cedric Cromwell blasting Pilgrim/Indian solidarity as a “myth,” and reiterated that the natives went to see the pilgrims because they were “shooting guns and practicing arms.” He clarified, “They were preparing for some kind of war to take our people down.” Hmm, doesn’t that sound aggressively suspicious on the natives’ part? “And so we sat down with them to have a discussion and there, led a feast,” Cromwell added. You mean to say they were there to check our privilege? Tale as old as time.