If you want to go online for earnest celebrations and posts of gratitude for the life of Congressman Elijah Cummings (D-MD), go anywhere other than celebrity Twitter. After Cummings’ untimely death, many of Hollywood’s usual suspects made a lot of noise because, of course, it was a way to slam President Trump. 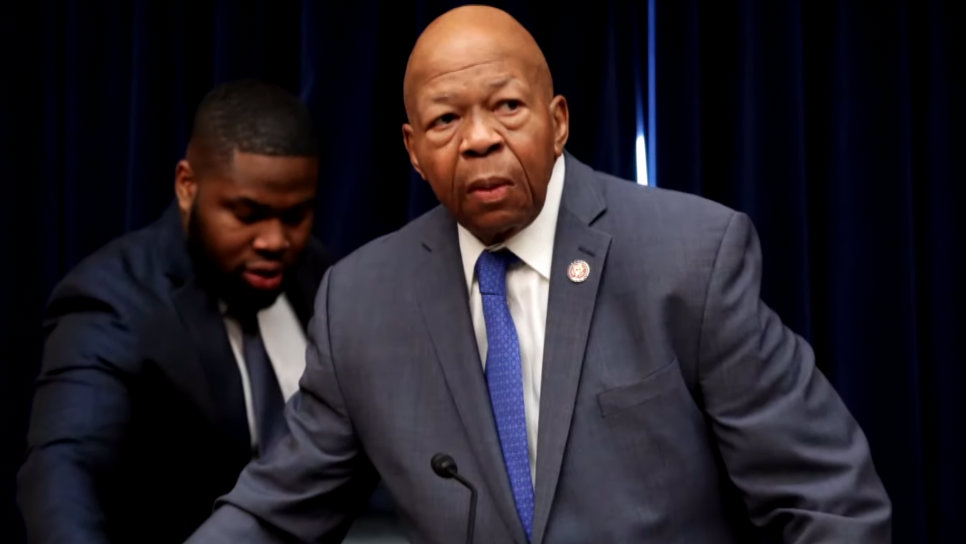 Cummings, who was also chairman of the House Committee on Oversight and Reform, was a key investigator of the Trump Administrator and a major proponent for the impeachment push. He was one of the president’s most vocal opponents in Washington, with their feud involving topsy turvy hearings, lawsuits and the occasional Twitter spat, notably the instance where Trump criticized the sanitation situation in Maryland’s largest city over the summer.

Of course any political enemy of Trump’s is okay with TDS sufferers, and Trump’s Hollywood and media enemies are leveraging their oh-so-earnest bereavement at Cummings’s passing into a weapon against the president.

Take hysteric lefty Debra Messing. The Will & Grace star was just waiting for Trump to say something — ANYTHING — about the deceased congressman, and she lashed out over Trump’s nice guy tweet, stating, “This is pathetic. You can’t pretend to be a human being now after what you’ve said about Elijah Cummings in the recent past.”

Unhinged Twitter Bette Midler went the same route. She used Cummings’ grave as a soapbox for more tweets against her orange obsession, writing, “POTUS posts a phony eulogy to #ElijahCummings, who died today. After trashing Mr. Cummings, a leader of the civil rights movement, and calling his district rat-infested … this repulsive biped has the gall to pretend he admired him.”

Impeachment obsessive Rob Reiner was up to his usual BS. He tweeted about the death of Cummings, but only for the sake of being able to blast Trump once again. He tweeted, “American had a great loss today. Elijah Cummings said: ‘When we’re dancing with the angels, the question will be asked in 2019, what did we do to make sure we kept our Democracy in tact.’” Oh here we go.

Reiner ended it, saying, “Faced with the greatest corruption in US history, we honor him by honoring his word,” something Reiner thinks he does with an occasional TDS tweet. What vanity.

Ed Asner, that fossil from The Mary Tyler Moore Show, lamented Cummings’ death in the context of an Impeachment he desperately wants to happen. The 89-year-old tweeted, “it always hurts to lose great leaders. But it hurts more when we are in this time of great need. #ElijahCummings.”

Michael Moore echoed a similar sentiment, posting an Instagram photo of the congressman with the statement, “I am stunned and saddened by his death. He couldn’t have been taken from us at a worse time.” Nice. A man is dead and all liberals can think about is how useful he was to their cause.