One would have presumed that woke, anti-Trump NBA coach Steve Kerr would be making a stand against all things authoritarian. After all, he’s one of the bigger virtue-signallers in the sports world. Yet when faced with the actual fascism of China policing the speech of his American colleagues, the Golden State Warriors coach has nothing at all to say. Maybe it’s just a lefty’s residual soft spot for communists, or maybe some big money is at stake. 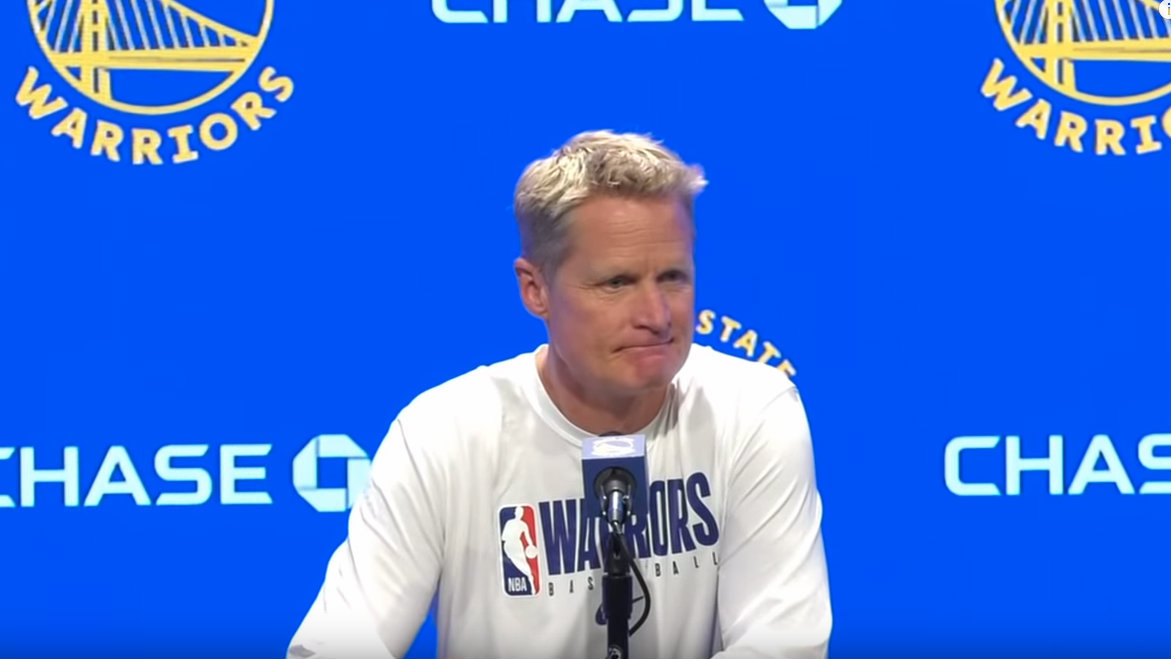 Wait a minute, you don’t mean? These woke celebrities are hypocrites?!

Obviously Kerr doesn’t care much about democracy or actual oppressive regimes otherwise he would be speaking out about the actions of mainland China. The totalitarian state — which enjoys a massive business partnership with the NBA — condemned Houston Rockets General Manager Daryl Morey for his pro-Hong Kong tweets. The Chinese also pulled sponsorship and coverage deals with the team, calling the tweets “erroneous.”

The pressure on its Chinese foothold prompted the NBA to apologize on behalf of Morey. Clearly the league is worried about angering the government over the sensitive geopolitical matter, regardless of the fact that China seems to be oppressing the free government in Hong Kong and threatening to silencing Americans as well.

It’s clear that woke capital — as Fox News Tucker Carlson calls it — and its constituents like Steve Kerr are only concerned with freedom fighting when it promotes their brand, or when it doesn’t affect it at all. When asked on Monday about China’s little censorship stunt, the normally talkative Kerr kept his mouth shut.

When asked if he has any thoughts on the issue, Kerr responded with a shrug. “Actually, I don’t,” adding, “It’s a really bizarre international story and a lot of us don’t know what to make of it. It’s something I’m reading about just like everybody is, but I’m not going to comment further than that.”

Oh wow, what patience. What a measured response. If only he would be as circumspect when gun control or Donald Trump are at issue.

When asked about the 2016 election, Kerr showed no restraint in alienating half the American population by calling the outcome “disgusting” and claiming to be “disappointed.” He elaborated: “People are getting paid millions and millions of dollars to scream at each other whether it’s in sports and politics … I guess it was only a matter of time before it spilled into politics.”

Yeah, what a saint. And what about the “millions and millions of dollars” he’s indirectly being paid for not speaking up against a foreign government seeking to punish American free speech? His carelessness for constitutional rights is not news. This summer Steve Kerr was one of the media’s loudest anti-second amendments goons, calling it “sickening” that Senate Majority Leader Mitch McConnell (R-KY) would not introduce gun-control legislation in the wake of the El Paso shooting.

But on China, his silence is deafening.