‘I Wanted to Know That You Really Are a Human With a Heart’: Milano on Meeting with Cruz

Charmed actress, abortion activist and hysterical Kavanaugh slanderer Alyssa is probably proud that she is the sole savior of bipartisan civility because she made a gun control meeting happen between her and Senator Ted Cruz. Too bad though that this remarkable civility owes in part to her deplorable hatred for the Second Amendment and the conservative politicians who defend it. 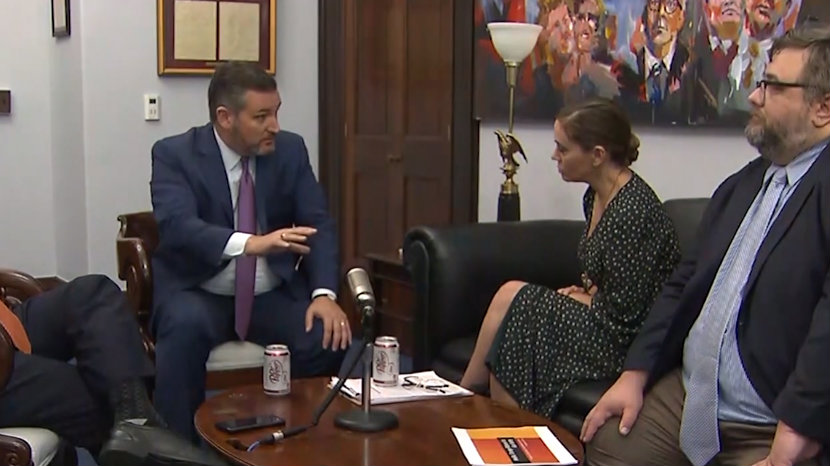 Of course it is shocking to see any lefty sit down with what they consider a right-wing Darth Vader. Not that Milano could resist telling Cruz that he’s seen as a caricature of a “villain” or that she was unsure he even had a “heart.”

This meeting was the result of a Twitter spat between the two. Milano tweeted at lawmaker Matt Shaefer that the Bible says nothing about owning a gun. Cruz responded to her tweeting, “it is of course not the right to a modern-day firearm that is God-given but rather the right to Life & the right to Liberty. Essential to that right is the right to DEFEND your life & your family.”

They talked about having a meeting, which Milano told CNN’s Chris Cuomo she “didn’t” think was going to happen. “And I didn’t think it would happen this quickly.”

Deadline reported that Cruz gave the actress an amicable, disarming greeting, claiming to be a fan of her work in “Who’s the Boss? And Commando,” while she handled him with a cutthroat accusation that his gun-control stance “has made you almost like this caricature of a villain.”

Civil or not, Cruz is the bad guy. Alyssa hit him with an even pettier backhanded insult, telling him that “that is why this meeting was so important to me — I wanted to look at you in the eye and know that you really are a human with a heartbeat.” How charitable.

This, of course, comes from a woman who celebrates having had two abortions and praises them for bringing her life’s “great joys.” She’s the one who has mocked an innocent Justice Brett Kavanaugh during his tense confirmation hearing, and again, she’s the woman (as part of anti-NRA group NoRA) who considers Ted Cruz and the NRA signing checks with the “blood” of mass shooting victims.

After the meeting Milano remarked to CNN’s Cuomo that “I'm cautiously optimistic that he knows the issue and hopeful, I guess, that he's willing to do something about it?” She added, “I think he gets it” as far as the magnitude of gun violence.

Granted, it’s nice that there has been a discussion, and the fact that Alyssa says she’s “hopeful” to be working with her “villain” is a positive step considering her usual hatred for conservatives. Cruz seems to be the only man able to get her to have a calm discussion and that is no small feat. But she needs to remember as she does her satisfied media rounds that incivility wouldn’t have been so prevalent had she thought more rationally in the first place.