You know what really sounds like a priority for the next president of the United States — well besides orchestrating a bunch of whacky plans about free college or using $3 trillion dollars to stop humanity from eating beef? How about ignoring many of the other problems faced by the average citizen and giving special treatment to the plight of drag queens? That’s what Elizabeth Warren wants to do. 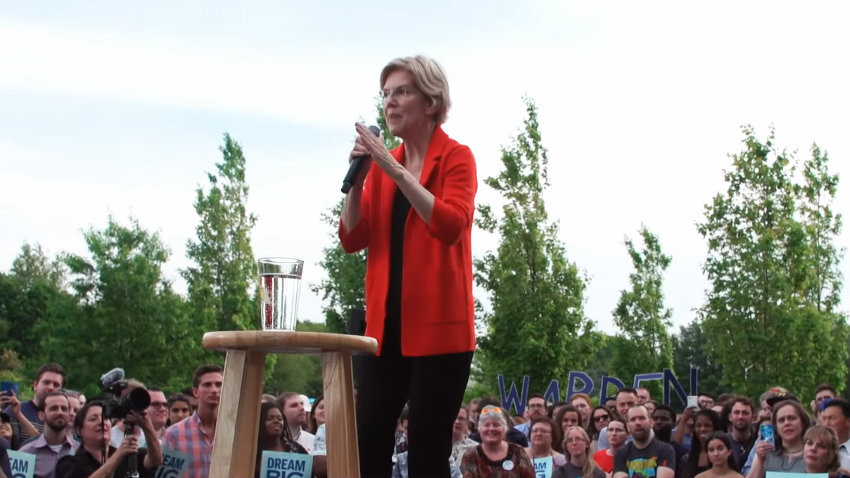 Out Magazine published a piece on all the great things the Democratic Senator from Massachusetts has been doing for the drag community. Where Donald Trump is throwing rallies for the angry fascists in North Carolina and talking about stupid things like record African American unemployment, the 2020 presidential candidate is going where the American spirit really resides, like DragCon 2019 (yes, that’s a thing) and talking about real issues like what Out called an “epidemic” of trans murders in 2019.

Warren recorded a video for the “annual drag extravaganza,” which began with her firm resolution to “fight for full LGBTQ+ equality.” She added, “We’ve got a lot of work to do to make sure everyone is free to be who they are and to love who they love.”

Out drew particular focus to Warren’s call to end violence against trans individuals, phenomena the outlet referred to as an “epidemic.” The piece stated, “In 2019, at least 18 trans individuals have been killed, the vast majority of whom were Black trans women.”

Every one of those murders was a crime and a tragedy, but “epidemic” denotes something “widespread” or “rampant.” The most recent U.S. homicide report in 2017 said there were 17,284 “murders and non-negligent man-slaughter cases" nationwide. So those 18 crimes represent 0.1% of the total. Furthermore, if you accept the figure from the pro-trans Williams Institute, the U.S. trans population is 1.4 million. Therefore, the 18 represents just 0.0013%.

Besides, the trend in these crimes is not upward. The Human Rights Campaign recorded in 2017 that there were 29 trans deaths from violence, and CNN.com reported that there were “more than two dozen transgender people” killed in 2018. Unless there is an aberrant spike in the phenomena between now and December 31, it seems that 2019’s will number will be stable or slightly less.

Again, this is not meant to be cavalier, as it’s a sad statistic regardless, but to call it an “epidemic” seems like a rhetorical tool used to over represent the plight of a small but aggressively vocal minority group. It’s ironic that in her DragCon video, Warren discussed her fight against current U.S. policy that favors “a thinner and thinner slice at the top” because she sure seems willing to prioritize suffrage of a group that is clearly a very thin slice itself, specifically .5% of the U.S. population. It’s all the more ironic when you consider that Warren’s platform wishes to remove as many abortion restrictions as possible, a procedure that results in about 1.1 million child murders in the U.S. yearly, according to the American Life League. How tragic to think that 18’s an “epidemic,” but a million plus is a woman’s right.