Finally, a lefty who doesn’t blame guns for shootings. No, Indian American activist and former Democratic congressional candidate for Colorado Saira Rao knows what’s really going on: “whiteness — ALL WHITENESS — is killing us.” 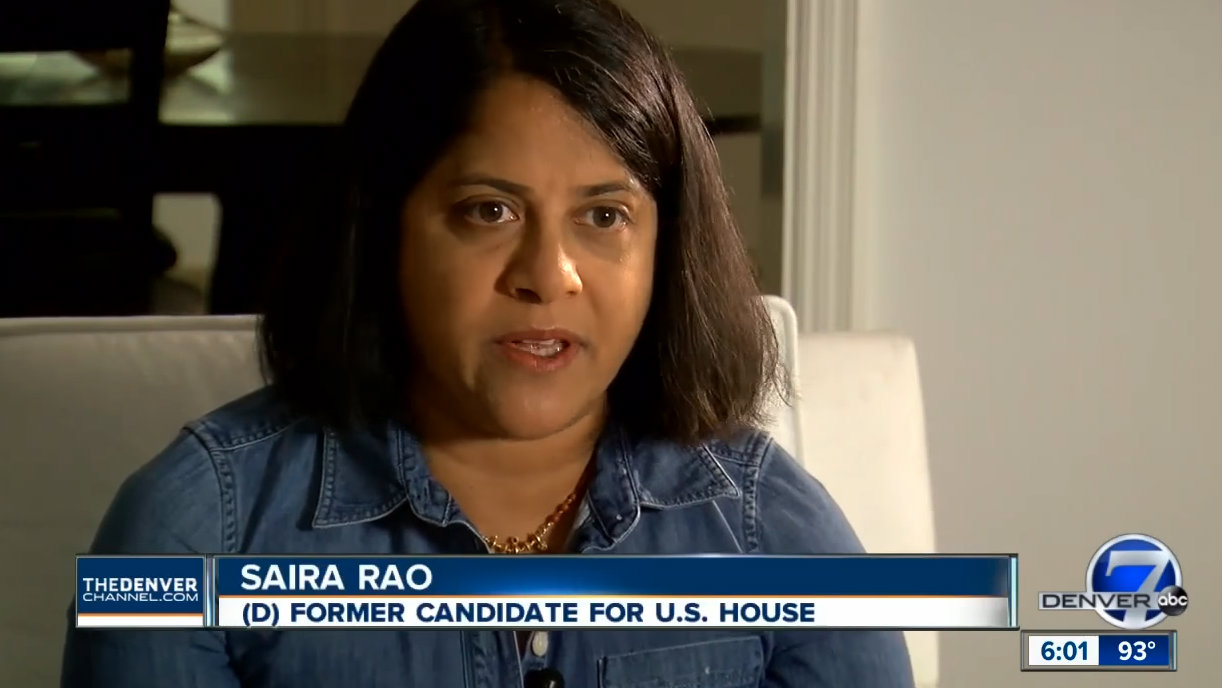 Rao shared her conclusion in an August 12 tweet. The mass shootings by white males in Dayton and El Paso -- combined with her tolerant, sunny liberalism -- convinced the former candidate that America needs a campaign for “ending whiteness.”

Rao kept pushing, signaling that this isn’t about right or leftist political policy or a certain religious persuasion but sins inherently tied to the color of a certain people’s skin. “White people are killing us. Whiteness is killing us… White people, conservatives, liberals, Democrats, Republicans, rich, poor, private sector, public sector, religious, agnostic, atheist, Brooklyn, Atlanta, Mississippi, Denver, San Francisco, North Dakota continue to steal from us, speak over us, speak for us, throw us under the bus, ghost us, talk smack about us.”

Rao has been virulently anti-white on social media for some time now. In June 2018, Rao retweeted an obnoxious New York Times headline which read, “Should I Give Up On White People?,” with her response being a resounding “YES.”

Rao’s bile is so toxic, even other lefties have disavowed her. Colorado Democratic state representative Paul Rosenthal rebuked Rao in July 2018, tweeting, “I disagree w/ @sairasameerarao. If we aren't united across all races to work against racism & celebrate diversity, we can't succeed. As bold progressives, if we splinter & snipe at each other, racists will not get the message they need to change.”