Vogue Magazine published a piece over the weekend detailing just how hard it can be for children to live in a world doomed by global warming. Talking about “eco-anxiety,” the article claimed that some children are dealing with debilitating fears of world-ending climate change. Vogue tried to offer tips for parents trying to dispel such fears, but we think a much clearer solution would be for dingbat parents to stop convulsing about the world ending in 12 years or that we are all doomed because of greenhouse gases. 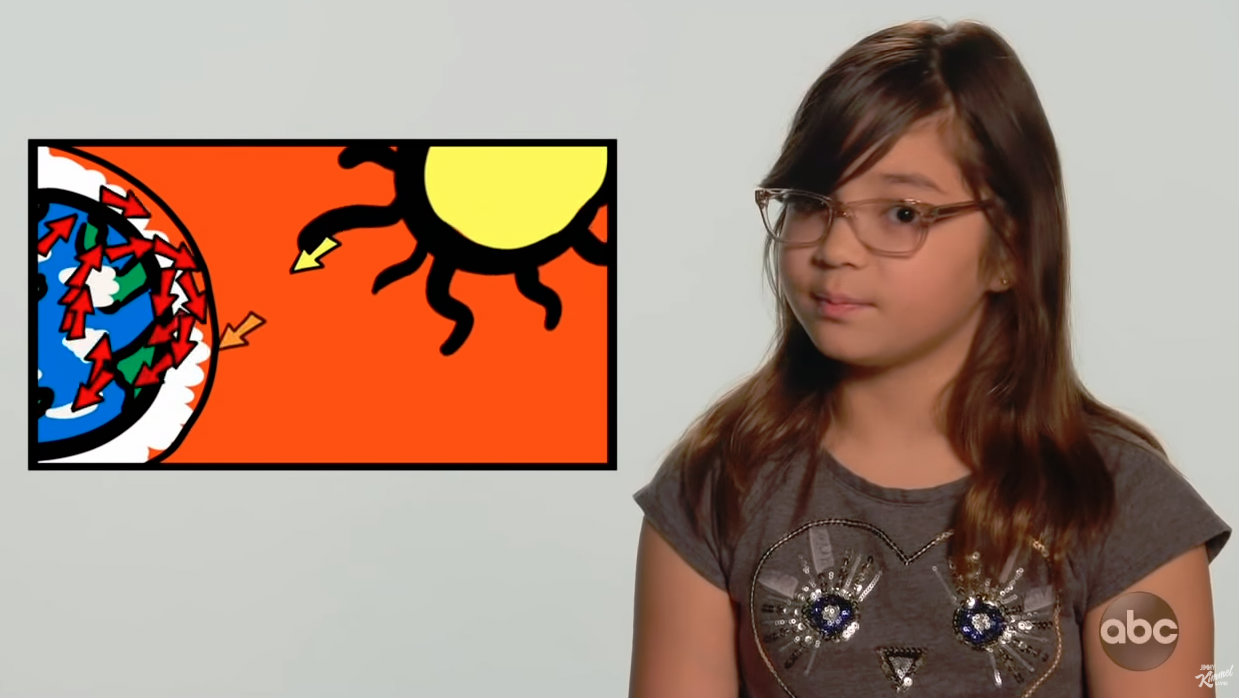 Clearly, it’s traumatizing children now. Seeing little Johnny screaming in his sleep about climbing thermometer readings is definitely a sign of these whacked out times if we’ve ever seen any.

Vogue claimed, “Studies show that 45 percent of children experience depression after a natural disaster. Eco-anxiety in children is a real thing, and it’s relevant now more than ever.” Eco-anxiety, specifically, is a “type of worry or fear focusing on environmental destruction,” and for those kids whose climate change fear “is at a level serious enough to interfere with their lives,” a loving parent must step in to give them healthy options for dealing with it.

Step one involves recognizing the signs of children with legitimate “eco-anxiety.” They include, “nightmares, difficulty sleeping, and losing focus on school and interest in socializing with friends.” Vogue’s cited psychologist, Rebecca Berry, stated, “Many youths will request certainty about when humankind will become extinct as a result of global warming; they will ask for reassurance that the future will be okay and that they are safe.”

Step two involves hearing their concerns and validating “those feelings.” “Use these conversations as...a way to have kids reflect upon their consumer practices and aim for improved environmental conscientiousness and conservation where possible,” Berry writes, adding that talking about the importance of “recycling” is a great option. Wow, who knew that the alt-left fueled nightmares of children could be turned into sustainable environment practices? Talk about reusable energy.

Another child psychologist, Tamar Chansky, suggested parents “get their kids involved in some sort of activism,” like that of 16-year-old Swedish climate change activist Greta Thunberg. Thunberg is of the impression that climate change is so bad that “it is now time for civil disobedience. It is time to rebel.”

There’s definitely no better way of dispelling global warming fears than by turning them into fuel for rabid climate change politics. You know, the same ones that routinely claim there’s little more than a decade left for humanity. Yeah, get your kid wrapped up in that and then scratch your head wondering why they’re still terrified. Hey, your kids might be screwed, but you did your part in saving our planet. That should be consolation enough as Child Protection Services pulls into your driveway.