Alt-Left Insanity: Raising My Child Amid My Climate Apocalypse Fantasies

Plumbing the cesspool of the hard-left mind.

To suffer through Roy Scranton’s New York Times oped, “Raising My Child in a Doomed World,” is to come away wondering how a guy so hang-dog depressing and lacking in discernable masculine qualities managed to attract a woman -- sorry, a “partner” in Scranton-speak -- at all, let alone got her to procreate with him. 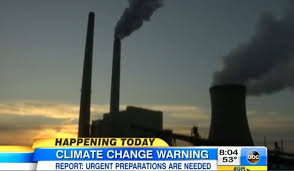 He tells us the day his daughter was born he cried looking out the hospital window with her “at the rows of cars in the hospital parking lot, the strip mall across the street, the box stores and drive-throughs and drainage ditches and asphalt and waste fields that had once been oak groves.” Oy!

“My partner and I had, in our selfishness, doomed our daughter to life on a dystopian planet, and I could see no way to shield her from the future.”

Scranton is an English professor at Notre Dame, which is rumored to have been a Catholic university at one time. Scranton is certainly no Catholic. He’s a true believer in the Church of Climate Change, convinced that carbon apocalypse is real and irreversible. The belief permeates every aspect of his life.

Seriously, check this out:

Every day brings new pangs of grief … When I sing along with Elizabeth Mitchell’s version of “Froggie Went a-Courtin’,” I can’t help feeling like I’m betraying my daughter by filling her brain with fantastic images of a magical nonhuman world, when the actual nonhuman world has been exploited and despoiled. How can I read her “Winnie the Pooh” or “The Wind in the Willows” when I know the pastoral harmony they evoke is lost to us forever, and has been for decades? How soon do I explain to her what’s happening? In all the most important ways, it’s already too late.

Note: It’s not too late to put your daughter up for adoption. Maybe she’d be better off in a nice, normal family, away from your last-days fantasies.

Scranton is so deep in his doomsday cult that he calls the suicide of an environmentalist a “self-sacrifice.” David Buckel was so upset about the environment he offed himself in a Brooklyn park last year. Scranton serenely relates that Buckel “doused himself in gasoline and lit himself on fire. He was in good health. He had a partner [Drink!] and a daughter. While some might be inclined to ascribe his suicide to mental illness, the letters he left make it clear that his act was political.” Which makes it no less insane.

But at least Scranton had his daughter. Lots of his pals wouldn’t even do that.

Some people might say the mistake was having a child in the first place. As Maggie Astor reported, more and more people are deciding not to have children because of climate change. This concern, conscious or unconscious, is no doubt contributing to the United States’ record-low birthrate. Some people can’t bear the idea of having a child whose life is going to be worse than their own. Others, struggling with the ethics of living in a carbon-fueled consumer society, consider having children selfish and environmentally destructive.

Ya know what seems selfish: using the weather as an excuse not to have children. “I’d never bring a child into this world” is both the ultimate in modern virtue signalling and the nadir of old-fashioned cowardice. It’s a whole lot safer to get weepy over polar bears than to risk the thousand potential heartbreaks that come with raising a family. You shed your single roadside Indian tear, maybe write a check to an environmental group and then head off to yoga feeling pretty darned good about yourself.

Scranton didn’t go that route. He’s raising a child and it speaks volumes about our times that his choice is notable and even commendable.

Abusing More than Pronouns -- Speaking of people who shouldn’t have kids, NBC news tells us of the growing trend of people raising “theybies,” kids who are supposed to decide their own gender.

Three-year-old twins Zyler and Kadyn Sharpe scurried around the boys and girls clothing racks of a narrow consignment store filled with toys. Zyler, wearing rainbow leggings, scrutinized a pair of hot-pink-and-purple sneakers. Kadyn, in a T-Rex shirt, fixated on a musical cube that flashed colorful lights. At a glance, the only discernible difference between these fraternal twins is their hair — Zyler’s is brown and Kadyn’s is blond.

Is Zyler a boy or a girl? How about Kadyn? That’s a question their parents, Nate and Julia Sharpe, say only the twins can decide.

Yeah, I’m gonna have to go ahead and … disagree with you there. This is what’s known in the scientific literature as "crap." Nate and Julia are progressive ideologues who love their muzzy-headed ideas more than their kids. Period. Children are not social engineering experiments. They are human beings, born with a sex. Thousands of generations knew this and raised children according to norms for boys and girls. Seeing as how there are still people, it seems to have worked. Vive le difference!

Not for these moonbats. When the twins were born, they asked the staff not to announce the sexes. “‘It just wasn't something that was interesting,’ Julia said. “It was all about meeting the children and interacting with them, and just not something that we focused on at all.’”

Right, you were so interested in interacting with the kids that you refer to each of them as “they.”

This kind of child abuse-as lifestyle choice is aided and abetted by the media. Thus NBC tells us, “Parents in the U.S. are increasingly raising children outside traditional gender norms — allowing boys and girls to play with the same toys and wear the same clothes — though experts say this is happening mostly in progressive, well-to-do enclaves.” Ya think? Nate and Julia are living out their destructive fantasy in Cambridge, Mass. And they’re gonna have to stay there in a hermetically sealed dome of progressive smugness, because little Kyler and Zadyn or whatever are in for a huge surprise if they wander into the parts of the world inhabited by actual humans rather than social justice drones.

NBC goes to bat for the abusers, saying “People tend to think that this gender identity is hard-wired, because most people identify with the gender that matches their sex at birth. But large-scale research suggests gender is largely influenced by a child’s environment.”

Even if that were true, so what? Your kid has wedding tackle, he’s a boy. If not, she’s a girl. Wanna stick it to the patriarchal, heteronormative, binary, oppressive society? Get a cat, call him Gretta and use any pronoun you like. Leave your kid out of it. Your desire to ignore biology, tradition, common sense and the best interests of your kid is pure vanity.

But what makes this “gender-open” style of parenting stand out, and even controversial in some circles, is that the parents do not reveal the sex of their children to anyone.

“Even controversial?” Next time you hear a journalist wondering why people have little but contempt for the media, remember that “even.” 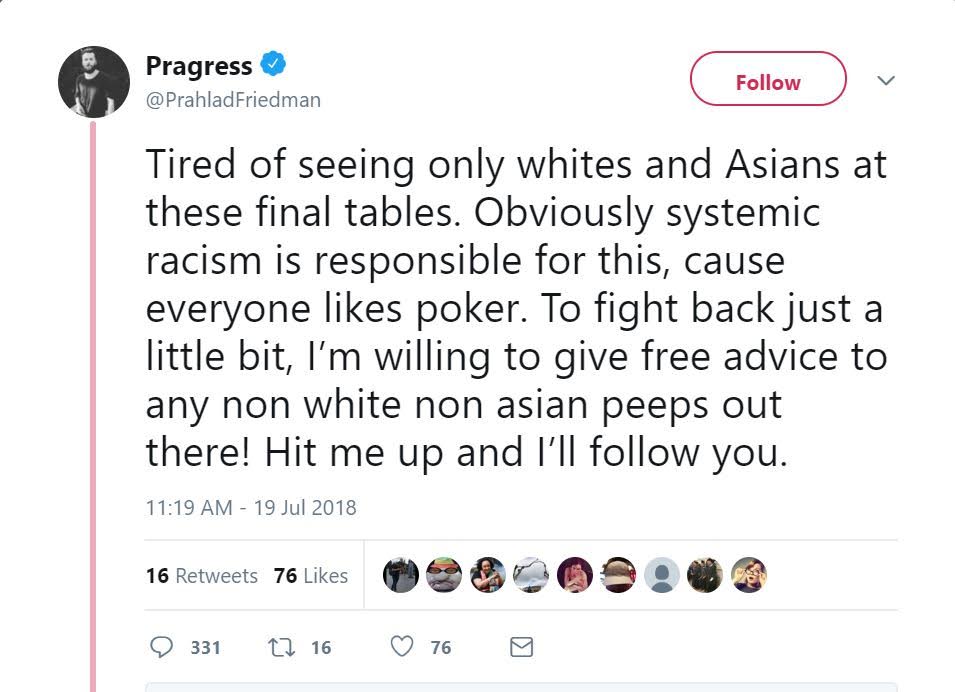 So about my expense report from Squeely’s Meat & Eat Whole Hog BBQ … WeWork is hoping to land a coveted spot on Fortune’s 100 Most Insufferable Companies to Work For. The shared workspace company is not going to serve meat at corporate functions, and it’s 6,000 employees won’t be reimbursed for meals that include meat. 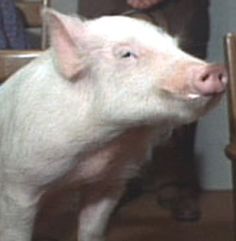 This means that the company’s upcoming Summer Camp event will be cow, chicken, and pig flesh–free. According to an e-mail obtained by CNN, WeWork cofounder Miguel McKelvey explained that in just those three days, an estimated 10,000 animals will be spared.

McKelvey stated that WeWork can save “an estimated 16.7 billion gallons of water, 445.1 million pounds … of CO2 emissions, and over 15 million animals by 2023 by eliminating meat” from its events.

Wow, that’s super-virtuous! It’s sure gonna help WePander rent out a lot of office space. It would be comforting to think that enough of its 6,000 employees resent PuffWork’s fussy social engineering enough to create a talent drain. But if you haven’t by now exercised your detachability from a firm known for its sustainability responsibility, there’s not much hope for you. Besides, who could resist this kind of accolade:

“PETA applauds WeWork for its righteous action. We hope this will lead the company to establish a 100 percent vegan policy in the near future.”