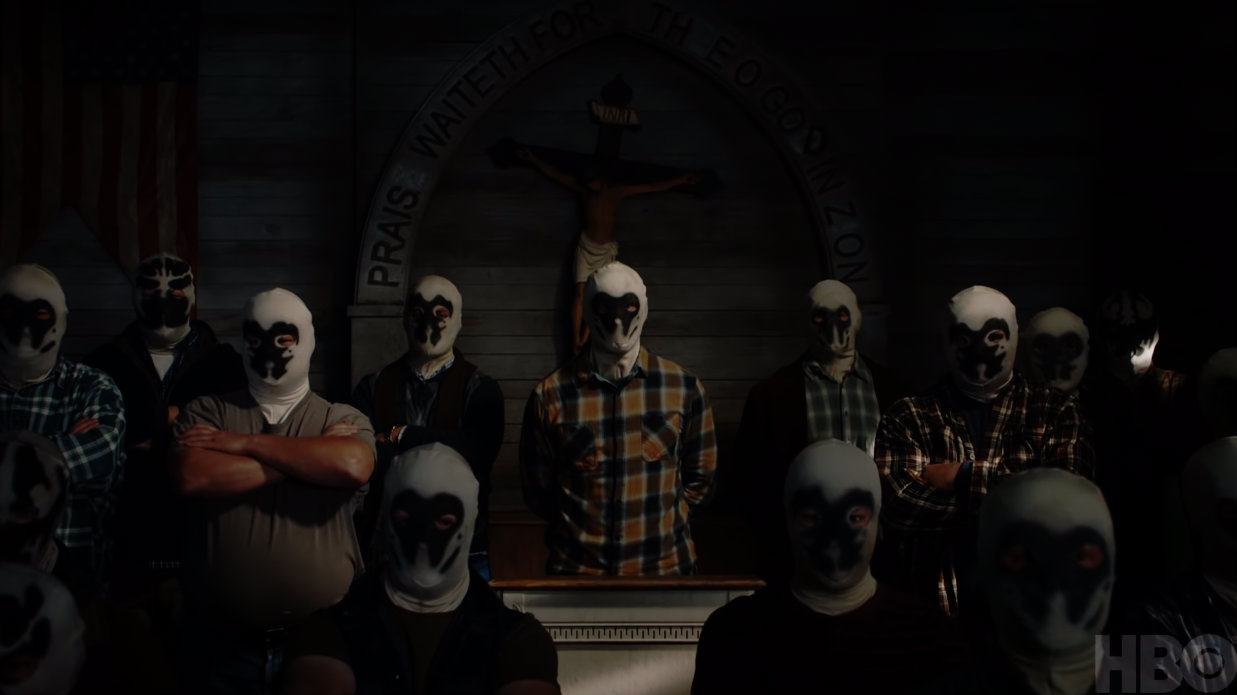 Good heavens, we get it.

The original Watchmen (written in 1986) was part crime-fighting action epic, part political commentary with its characters having to operate in a world dealing with the existential threat of nukes and Cold War politics. HBO’s new version of Watchmen is a reimagination of the crime fighting saga, set around the sociopolitical currents of modern America. Since this is the ever-woke entertainment industry, the main political struggles have to revolve around racism.

Indiewire reported on the new series’ inspirations, with creator David Lindelof rooting it in a world filled with “problems brought about by white supremacist forces.” Specifically, Lindelof read a book written by “radical race author & Trump-hater” Ta-Nehisi Coates, titled “The Case For Reparations,” and decided on a future Watchmen timeline centered on America’s racial fault lines.

What greater contribution could HBO’s newest white guilt carrier make? Well, nothing’s better than keeping the horrors of the racist Deep South alive and well via a cheap comic book adaptation, of course.

Lindelof told Indiewire, “That was the first time I’d heard about Black Wall Street and what happened in Tulsa in 1921. I was ashamed and confused and embarrassed that I had never heard about it before. That was the beginning of my education.” Well, when you’re reading history from alt-left outlet The Atlantic’s premier race-baiter, you should probably find a better curriculum.

The power of being embarrassed by something he’d never done was so strong for Lindelof that he made sure the new iteration of Watchmen would be about the “formidable” power of white supremacy, a premise that makes older sci-fi/action villains look like kiddie material, apparently. Lindelof stated, “In a traditional superhero movie, the bad guys are fighting the aliens and when they beat the aliens, the aliens go back to their planet and everybody wins. There’s no defeating white supremacy. It’s not going anywhere, but it felt like it was a pretty formidable foe.”

How tense, how thrilling! White supremacy will never not be a viable strawman for these progressive showrunners. Their idea that “there’s no defeating it” allows for an eternity of depicting white men as brutal overlords.