Guys, before you tuck into your avocado toast and soy latte, get your phone out of your man-bag and click on over to The Hollywood Reporter for a discussion of “toxic masculinity.” 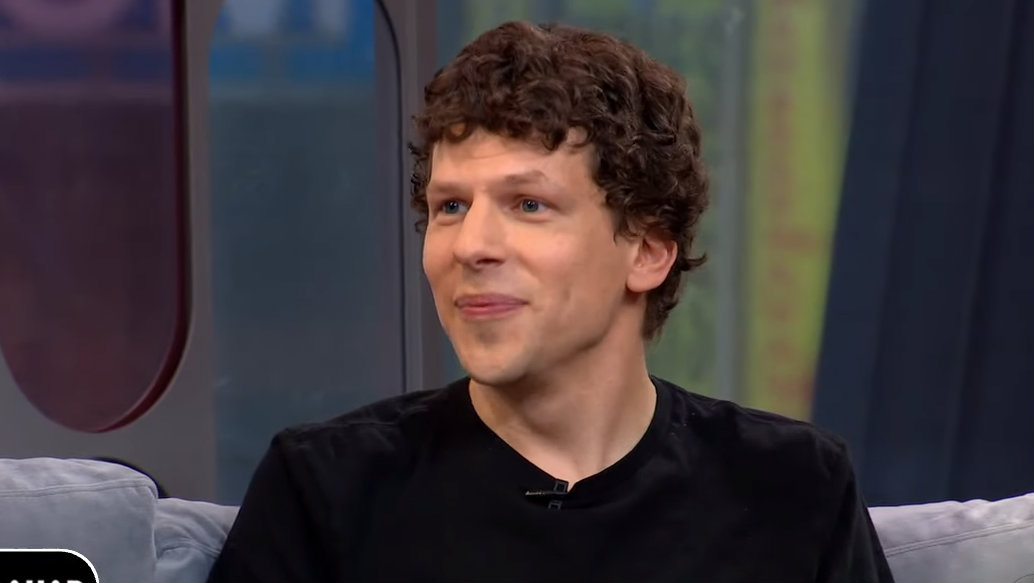 Batman v. Superman and Zombieland actor Jesse Eisenburg discussed his new film The Art of Self-Defense with THR, praising the movie’s message as being a critique of said “toxic masculinity.” Just to be clear, Eisenberg wasn’t talking about critiquing aberrant issues in dysfunctional men, He meant men who were raised to be....men. What scares Eisenberg are the “dangers” of men who are “taught to be strong” in “order to succeed.”

Of course Eisenberg doesn’t look like the kind of guy who exudes “strongman” masculinity. The dude’s been typecast his entire life as the isolated, neurotic nerd. His nerdy teen boy charm makes him the perfect casting choice in a movie about an insecure wimp going nuts after being instructed in the way of karate and thus Hollywood’s perfect messenger to tell the meatheads of the world to chill out.

Anyways that’s essentially what Eisenberg’s interview with The Hollywood Reporter was about: Relaying the message that The Art of Self-Defense is a timely essay for the era of Weinstein & MeToo. The film depicts “Casey, a socially awkward accountant who journeys into a world of hypermasculinity and violence as he attempts to learn karate and become more of the man that society expects him to be.”

As such, “the film's narrative feels particularly relevant in a post-#MeToo and -Time's Up world,” THR stated. Eisenberg said the film’s message took on new meaning and depth as filming coincided with revelations about the lecherous Hollywood producer and financier, Harvey Weinstein. “Suddenly, everybody on set was reading about this industry and this massive shift that was happening in our industry and learning about friends and colleagues who were victimized by this horrible person.”

(What about the friends and colleagues who enabled and winked at the behavior of this horrible person? Never mind.)

Journalism aside, no industry holds itself in higher regard than the movie business. It can never admit that its craven power-worship and deference to big money allowed a very bad guy to thrive atop the industry for years. Instead, for poseurs like Eisenberg shift the blame to the society that supposedly created Weinstein. He’s a symptom of how we have taught men in our culture to be “masculine.” Eisenberg claims the movie is “about the dangers that come with men being told and instructed, even unconsciously, to be strong and bullish in order to succeed.”

But that’s not what traditional society teaches men -- certainly not the entirety. Functioning properly, society civilizes boys and teaches them their strength should be used to protect the weak, about duty, and about retaining honor and dignity despite our desires to do gross things.

All those things are the antithesis to Weinstein’s behavior -- and the antidote. Eisenberg should look around him before going after “society.” At the very least, Jesse, speak for yourself, please.