Singer Miley Cyrus made her own contribution to progressive climate change hysteria at a concert over the weekend. During an impassioned midshow speech Cyrus screeched that earth’s time is almost up because of what humans are doing to the planet. She demanded that her fans realize “There is no planet B, so don’t fuck it up.” 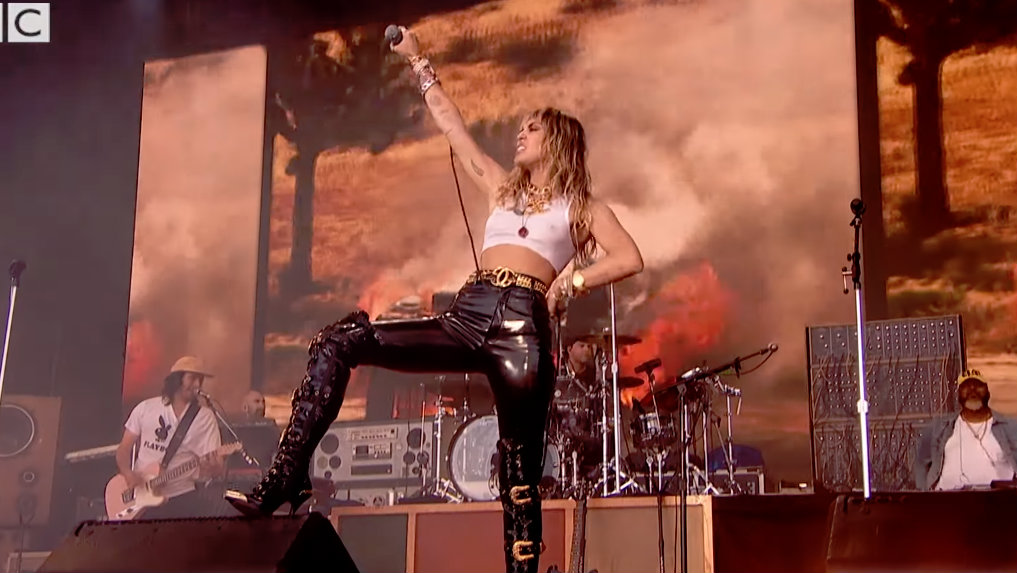 So says the genius whose cultural responsibility includes telling teenage girls that “Abortion is healthcare,” via social media.

During her Friday performance at the “Tinderbox” Music Festival, an angry and uncouth Miley Cyrus (considering her usual behavior, that’s saying a lot) took time to berate the crowd with an F-word laden appeal for the planet. “All of you know how important it is to be involved in politics,” she began, before screaming, “The youth, this generation, we are the last fucking hope on this dying fucking planet!”

(Well if Cyrus is the face of this “last hope,” then it’s clear we’re all doomed.) Apparently, she’s upset for the fishes: “I don’t like that there’s more fucking trash in the water than living fucking animals that deserve to be there, that have nowhere else to go.”

Echoing Ocasio-Cortez levels of hysteria, she exclaimed “And by the fuckin’ way, we don’t have anywhere to fucking go either! There’s no planet B, so don’t fuck it up!” Any mention of the “12 years” we have left? No? Oh well, millions of little girls know the end is near by the intensity of Cyrus’ PC pandering.

Cyrus has always been one for controversy and these days when Hollywood is preoccupied with torching conservatives, the 26-year-old is being as loud and liberal as possible. Earlier this month Cyrus gained attention for raising money for abortion giant Planned Parenthood by selling Marc Jacobs sweatshirts printed with the phrase, “Don’t Fuck With My Freedom,” as in freedom for unrestricted abortion access.

Accompanying her fundraising venture was a social media post where the singer posed, licking a birthday cake that claimed, “Abortion Is Healthcare.”

Anyways Miley, we’re glad you care about the ocean, although maybe you should recognize your own contribution of environmental hazards. Some fraction of the plastic killing the Great Barrier Reef comes from the CDs she’s put out over the last couple years. If it weren’t for the Good Will CD bin, the damage might be much worse.