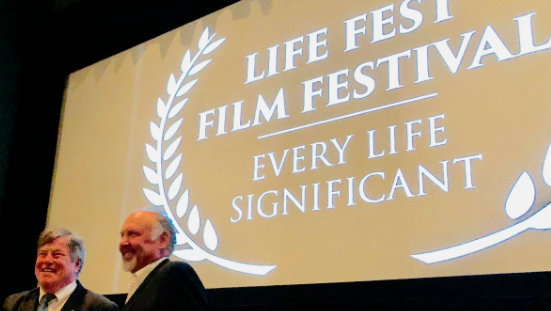 Film producers Ann McElhinney, Phelim McAleer, and Magdalena Segieda released a statement congratulating Nick Searcy on his achievement and thanked the film’s supporters and pro-life community for continuing to make Gosnell a success.

They wrote, “This past weekend, Gosnell Director Nick Searcy won “Best Director” at the Life Fest Film Festival in Hollywood. It was a huge honor for Nick and for the film.”

In addition to directing Gosnell, Searcy also has quite a few acting credits to his name, having had roles in recent big budget projects such as Guillermo del Toro’s The Shape of Water and the recent TV reboot of Lethal Weapon.

The film generated so much positive pro-life buzz that it was shown at the White House in April, making it — according to Slate — the “first politically controversial movie to be screened at Trump’s White House.”

The producers added, “We’re also thankful for your support of the film. Many of you have supported this project for years, attended a screening (or two!) of Gosnell during its opening weekend, and shared it with your family and friends. It’s because of you that this success is possible!”

They also reminded fans of the film and those who’ve yet to see it, to go grab a copy, as they’re still being sold on store shelves. He wrote, “Visit your local Walmart and purchase a few copies of Gosnell for family and friends. Consider donating a DVD to a library, church, or college group. Then, visit us on Facebook, Twitter, and Instagram and share your story so even more people will come to learn about this incredible film.”