In back-to-back articles, The Washington Post slimed conservative commentator Ben Shapiro as being ‘far-right’ and that his recent comments claiming that Notre Dame belongs to the “Judeo-Christian heritage” have contributed to “baseless, racist conspiracy-peddling” targeting Muslims. 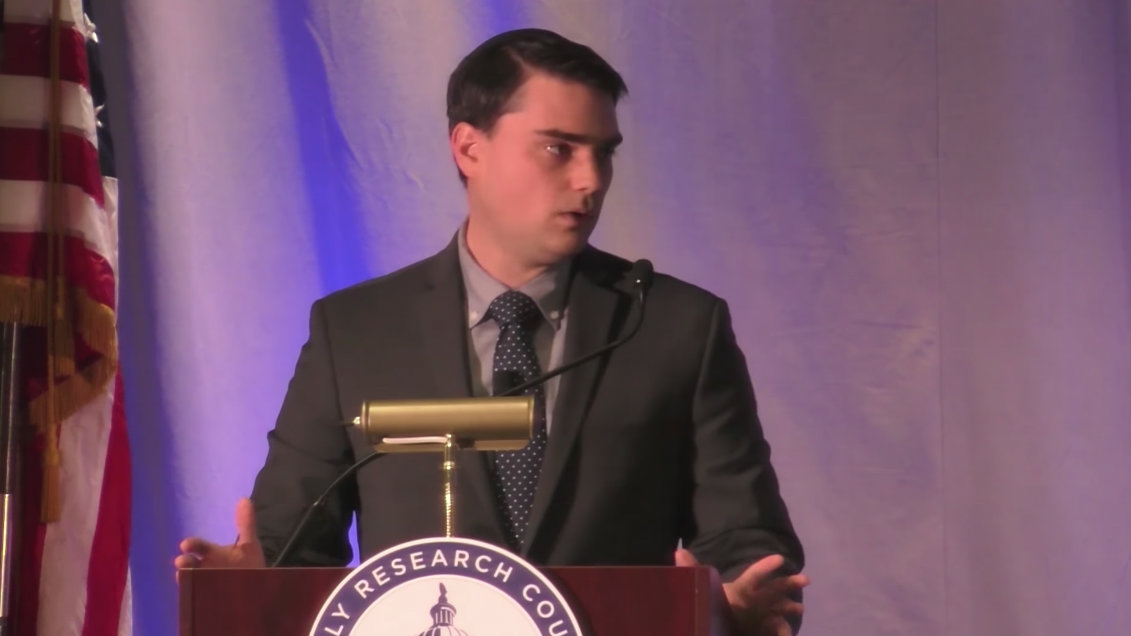 The first article to engage in this malicious smear was written by Talia Lavin on Tuesday. Lavin claimed that Shapiro contributed to the “far-right’s” racist reaction to the Notre Dame fire, a “series of conspiracy theories neatly slotted into pre existing cultural biases.”

She concluded that “fast-talking-far-right” Shapiro’s assertion that the Cathedral was a “monument to Western civilization,” combined with “already-raging rumors about potential Muslim involvement,” made him complicit in evoking “the specter of a war between Islam and the West that is already part of numerous far-right narratives.”

One of the most disgusting insinuations here was that Shapiro was indulging in the same rhetoric that was a “central thread in the manifesto of Brenton Tarrant, the alleged Christchurch, New Zealand, shooter.” Lavin also mentioned that this overarching idea of cultural warfare was popular with “professional racist and coiner of the term ‘alt-right,’” Richard Spencer.

Shapiro called Lavin’s article, “simply gross,” and defended his point that Notre Dame was a work of the Judeo-Christian heritage, saying, “because it is.” He also clarified that his statements had no “malicious intent.”

The other article, written on Wednesday by Ishaan Tharoor, again lumped Shapiro (along with FNC host Tucker Carlson and conservative commentator Mark Steyn) in with Spencer over the same subject. Tharoor claimed that all these individuals belonged the the “far-right,” and were “locating in the calamity [cathedral fire] a parable for the political moment.”

Again, for The Washington Post this meant that these four individuals were in the same league, using the tragedy as a moment to defend white, European heritage at the expense of other cultures. For example, the piece contended that “others suggested Shapiro’s invocation of ‘Judeo-Christian’ values were in this instance simply a euphemism for ‘white.’ It then added that Spencer “spoke more plainly” on the issue, hoping the destruction would “spur the White man into action — to sieze [sic] power in his countries, in Europe, in the world.”

This is a laughable association. Also, to say that the cathedral is part of the history of Christian Western Europe — which it plainly is — is nowhere near the same category as calling for a race war, as Spencer did in the wake of its destruction. Not only is that ignorant, but to insist yet again that Shapiro, a devout Jew, is in the same category as a rabid anti-semite is just plain stupid.

This is not the first time Shapiro has been smeared as being part of the racist “alt-right,” despite him taking great pains to distance himself from them. Last year, Shapiro was loosely associated with far right extremists as part of the Data & Society’s Alternative Influencer Network, and also smeared with the “alt-right” label last month in an Economist interview.

For an outlet as prominent as The Washington Post to repeatedly link him to this group is egregious at best, and hateful at worst.