The far-left’s descent into madness often involves violent spasms of hate and ugliness, and in Donald Trump’s America even the most celebrated pastimes aren’t spared from being coated in a heavy layer of scorned leftist slime. Case in point — rabid progressives’ reaction to the Patriots' Super Bowl victory. Lefty sports writer Drew Magary composed a contemptuous piece skewering “all the terrible people” who are “happy today. Fuck them, fuck the Patriots, and fuck all the terrible people right off the side of the earth.” 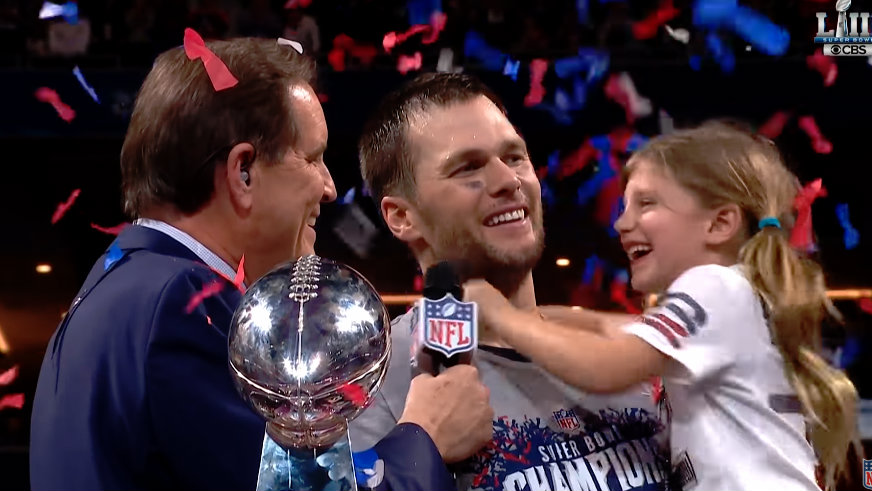 He sounds nice, doesn’t he?

Lots of people hate lots of sports franchises. Plenty of people hate the Patriots. But Magary’s piece, titled “The Worst People Win Again,” is positively unhinged -- a tourettes fit against the athletes, coaches, and staff of the Patriots for coming out on top once again. It’s an incendiary bout of sore-losership rounded out with class envy and political bile.

On QB Tom Brady: He “is happy because he gets to frame himself as an underdog who overcame impossible odds despite being a wealthy, handsome, world-class athlete who has unrivaled accomplishments and is married to an even wealthier supermodel.” The envy is palpable throughout, including sneering at Patriots coach Bill Belichick, who he envisioned “is happy this morning, which is probably unbearable for him.”

“I bet he is enjoying his Belgian waffle before putting his Game Frown on and heading back to his precious tape mines for another season.”

Worse for the Pats -- unforgivable, really -- is that Brady, Belichick and owner Bob Kraft probably don’t share Magary’s political views. In fact, they may like Trump. “They’re all happy. The President is happy because he’ll get to “treat” his favorite pet title team to a buffet of White Castle and brag online about how he’s played golf with 60 percent of them.”

If any of this sounds familiar, it’s because this is the way so many lefties reacted to Trump’s election -- a tantrum of spite.

“Yes it’s a great day for unrepentant assholes all over the nation,” he wrote, adding that “for all the good and honest citizens, it’s puke.” Magary is, of course, one of these “good and honest” citizens, ennobled by his dearth of Super Bowl Rings and Supermodel spouse. But his proletarian virtue hasn’t freed him of a Cain and Abel envy. It ain’t healthy.

No, its insanity. Hate the man who has more than you is the leftist mantra, and instead of seeing the sixth Patriots’ victory as an historical one, he characterizes it as “a sixth loaf-shaped turd plopping directly into the punch bowl.” Though he did express displeasure at how boring the game was (valid) he went right back to jealously whining about “Brady & co. absolutely ruining an otherwise exciting season of pro football all so that they could pad their already lustrous credentials.”

It sucks to suck, even for lefties who fetishize victimhood. So they blame the system or the patriarchy and savor their resentment. Magary wants the game to be the NFL’s “death knell — a watershed of monotony that turns even the league’s diehards away for good.” But he’s not optimistic. Magary ended with “It’s the worst of America all over again. The NFL hates equality and believes, on principle, that it should be knocked right out of you.” Magary sure hates a system of winners and losers. So why the hell is he even writing about sports at all?