Rapper Cardi B virtue signalled HARD on Friday prior the Super Bowl, making sure to let the media know that she was actually approached to perform during the halftime show. But because she’s such a living saint, she told the associated press that she declined performing and “sacrifice[d] a lot of money” in tribute to Colin Kaepernick. 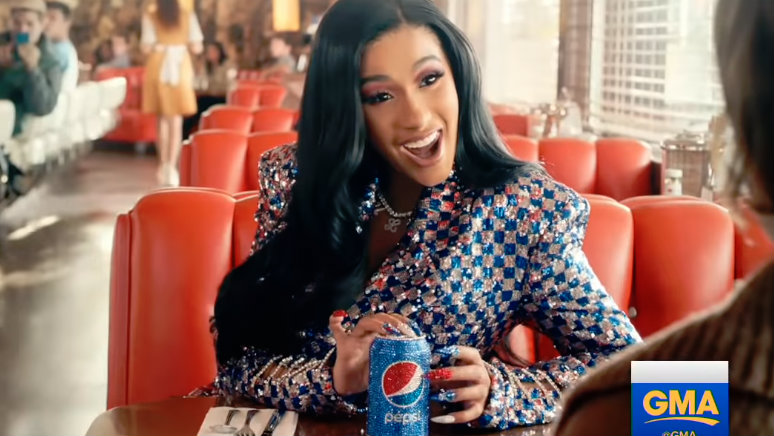 The rapper from the Bronx droned on about her difficult decision, claiming to have had “mixed feelings” about performing or not. Honestly, who can blame her in this business? It’s often hard to figure out which currency gives a celebrity more influence. Is it actual hard-earned cash or victimhood?

Anyways, Miss B claimed that she was tempted to perform to entertain honest and good football loving folks nationwide, and out of love for her husband who is a football fanatic. But she felt “obligated” to “stand behind” Kaepernick because he “stood up” for minorities.

“You have to sacrifice that,” the 5-time Grammy nominee mentioned, adding that “I got to sacrifice a lot of money to perform. But there’s a man who sacrificed his job for us, so we got to stand behind him." (No, he didn’t, but whatever.)

But Miss Cardi isn’t exactly not reaping the benefit of her Super Bowl activities, she just refuses to help out the NFL directly. Other than that, she’s accepted invitations to perform at Super Bowl parties and starred in one of Pepsi’s game time ads.

She was ready for her critics. “‘Oh, y'all are saying all this stuff about the Super Bowl, but you're doing all these parties.’ And it's like, well, if the NFL could benefit off from us, then I'm going to benefit off y'all. Y'all make the most money off our people. Why am I not going to take advantage of y'all and take money from y'all, too? Because of y'all, we are getting these parties.” Ok so boycott or no boycott? Which one is it?

And of course, Cardi had to drop another bomb about our “racist” president, something she’s been doing frequently in recent weeks. (The left is over the moon with her monosyllabic and profanity-laden political tirades, and it’s not a good look.) She ended her media spiel by saying, “We got an arrogant president, and the racism right now has been reborn. They feel mighty brave nowadays. When [Barack] Obama was around, I just feel like they were praying on the day when his eight years was over. A lot of jealousy.”