The Worst an Ad Can Get: Gillette Is ‘Dead’ to Many Men 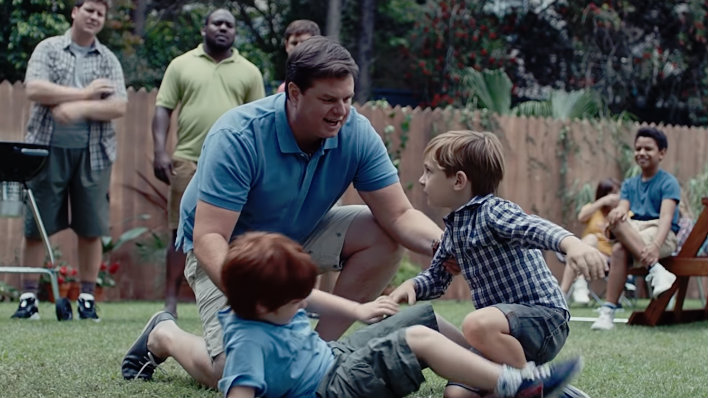 Yesterday Gillette decided to use its authority as “The Best a Man Can Get” to school men in the art of proper post-#MeToo behavior. In an ad brimming with PC condescension, the shaving company held men in general accountable for the existence of “toxic masculinity.” In short, many people are not happy about it. BBC reported that Gillette is currently receiving major backlash and a wide boycott of its brand.

The outlet claimed that even though many are satisfied with this new update to a 30-year-old brand slogan, many more are claiming that the razor company is “dead” to them. Current reaction for the ad on YouTube for example, shows that only 62,000 people approve compared to 305,000 who disapprove.

The internet is clearly against the new marketing, with many people on Twitter incredulous that Gillette has managed “to alienate your biggest sales group for your products.” Obviously, the sales group referred to is men, and it’s not hard to see why many of them take offense to the progressive product placement. The ad made several points linking sexism, misogyny, and bullying to masculinity, and argued that society’s perspective on manhood is poisoning the younger generation.

Gillette president Gary Coombe stated, “By holding each other accountable, eliminating excuses for bad behavior, and supporting a new generation working towards their personal ‘best,’ we can help create positive change that will matter for years to come.”

The most insulting part of the whole thing may be that a razor blade manufacturer believes men -- especially fathers raising boys -- need its advice on masculinity.

BBC mentioned that there has been a call for Gillette’s parent company, Procter & Gamble to release an apology video, though despite all the negative reaction, there may not be any incentive for Gillette to backtrack at all. Rob Saunders, account manager for UK company Media Agency Group, echoed the adage that bad publicity is still good publicity.

He stated, “Their ad is getting them good publicity and good numbers and causing a debate — which they must of known when they put out this ad.” Apparently it’s all about numbers, and whether those come with positive or negative reactions, Gillette will probably push on with its campaign.

For Gary Coombe, it’s full steam ahead with his company’s pivot. He claimed, “We knew that joining the dialogue on 'Modern Manhood' would mean changing how we think about and portray men at every turn.”

So you’re going to join every bitter feminist and cosmopolitan soyboy who wants men to be something more acceptable in faculty lounges, big city newsrooms and, it seems, the offices of razor manufacturers.

So yeah, trying to embrace the cultural shift prompted by progressive feminism and cutting-edge #MeToo politics might be a profitable business decision, but it still comes at the expense of a massive demographic and well, the truth. On Tuesday’s episode of Fox & Friends, US Army Vet Darrin Porcher put it bluntly, saying, “The men [those the ad criticizes] are in the minority, they’re not the majority in the United States. We’re not R. Kelly and Harvey Weinstein … The larger, broader perspective are men that treat women equally.”

Fellow guest and New York Post columnist Karol Markowicz called the ad “ridiculous” in how it “conflates masculinity with catcalling, with violence. It also conflates two boys wrestling at a barbecue with bullying and, you know, other unsavory behavior.”