Oh man, say what you will about Kanye, but the man’s great at reducing the left-wing media into a quivering and insecure pile of mush. The very fact that a prominent celebrity, who also happens to be a minority, has divorced himself from the showbiz victims’ circle has unleashed pure spite from his former colleagues. They have been stumbling over themselves to let him know that he’s no longer one of them, as he’s become an Uncle Tom. 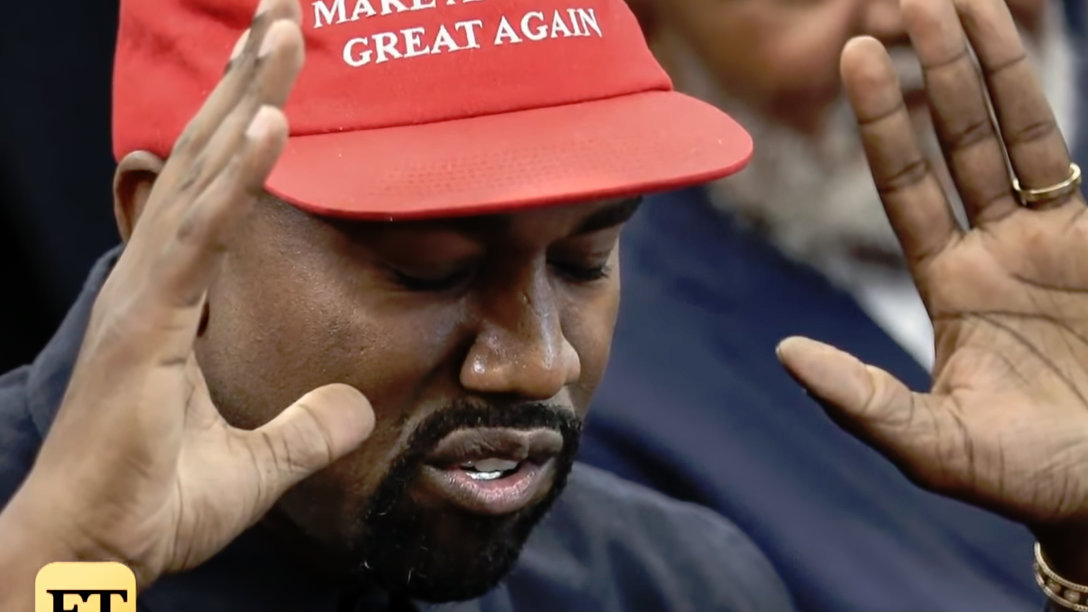 Fellow rapper T.I. posted a picture of the Kanye/Trump meeting on Instagram coupled with a long and unhinged caption. In the post he pleaded with the rapper to stop being Donald’s “Lil Cookie boy,” and added a racial tinge to the drama by saying how insulting such a meeting was to their African American ancestors.

T.I. lamented: “We just saw Mr. West’s Soul on auction. If you listen closely, you can hear the tears of our ancestors hit the floor. All I can say is I’ve reached my limits... #USorELSE” And to think these guys make a living by showing how “hard” they are? Give me a break.

P Diddy also used Instagram as his preferred means of hand-wringing. He posted video of Trump and Kanye’s oval office visit, and captioned it with, “Somebody tell this NEGRO to give me a call! #NOTblackexcellence.”

Lefty African American news site The Root also got nasty towards Kanye, publishing a damning piece called, “Donald Trump Has a Nose for Trash Black People.” Of course it excoriated the rapper once unanimously touted throughout his community as a “genius.” The article stated:

He [Donald Trump] has a way of sifting through the blackness and sniffing out those who are the most shameless, the most feckless, the most hypocritical, the most impressionable, the most triflin’, the most likely to be taken by status and shine, the most susceptible to flattery, the most intoxicated by proximity to power, the most narcissistic.

The article also added that Donald Trump is “the pied piper for putrid niggas.”

Donna Brazile also brought race into the picture, mentioning that “Kanye West has set us back 155 years.”

And comic-from-a-past-age Sinbad went after Kanye West as well. He tweeted two doctored photos of Donald Trump and Kanye being best buddies, with a caption indicating that he had washed his hands of what he saw as a socio-political travesty. It read: “If this is where Kanye wants to be then let him be there. Quit trying to explain Kanye to us.”

He also wondered if this is where the Kardashians stand as well, warning that “Their time might be up also. Just saying!!!” But really, considering his current relevance, Sinbad might not be one to talk.

Well there you have it. Media mob tactics and borderline racism. And to think those are supposed conservative characteristics. At the moment the “tolerant” left is miles ahead in the defamation, and racist slander categories.