Who would’ve thought that Hollywood is full of hypocritical airheads who are more fond of lip service than meaningful activism? Well by now, probably everybody. And if you were still under the impression that these are the saints of our time and don’t want that bubble to burst, don’t watch last night's Emmy Awards show and stay away from The Washington Post. 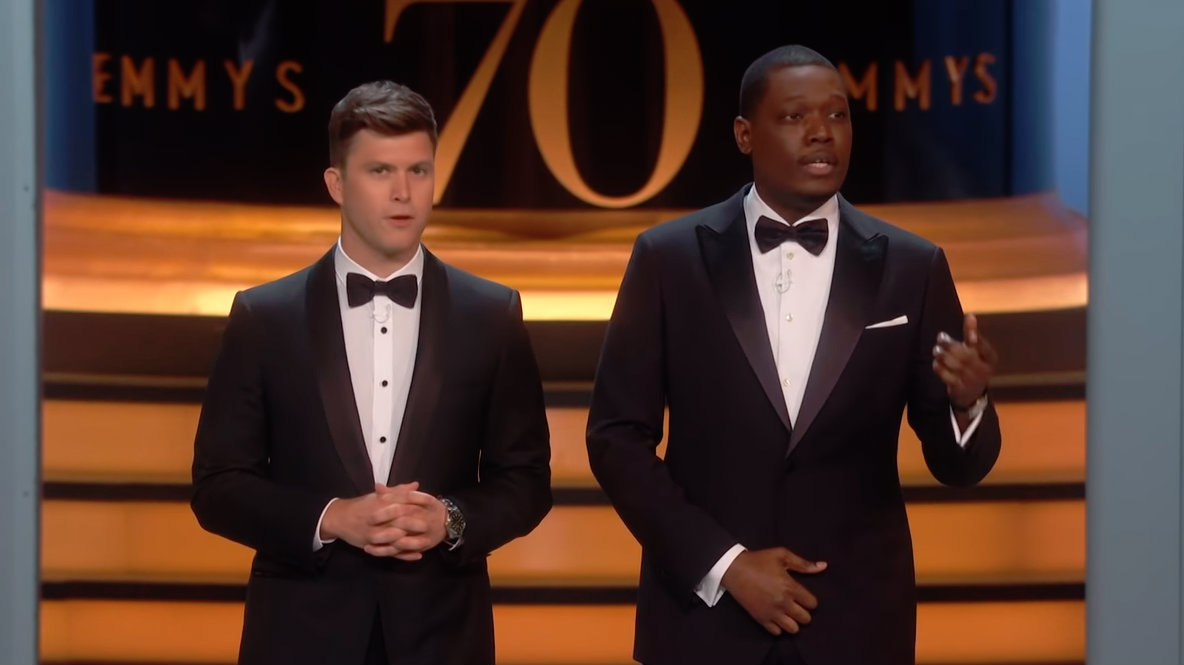 After Monday night’s 2018 Primetime Emmy Awards show, Washington Post TV critic Hank Stuever published an article slamming the hypocrisy of the whole affair. He began by stating that the show “opened with a clever song-and-dance number exuberantly called ‘We Solved It,’ touting the diversity of this year’s nominees with the twist being that nothing’s solved.”

As expected, the ceremony was filled to the brim with all sorts of “woke” monologuing and social justice self-serving. Hosts Michael Che and Colin Jost made jokes at the expense of suburban white folks and presided over a sketch titled “Reparation Emmys,” to celebrate past African American sitcom actors (like Family Matters’ Jaleel White.) While co-presenting a comedy acting award, comedian Tracy Morgan proclaimed, “I’m only rooting for the black people.”

Despite all these cheeky nods to diversity and praise for the new and improved “inclusive” Hollywood, those awarded weren’t exactly reflective of such rhetoric. In fact, the vast majority of the night’s winners were white. Stuever wrote:

But aside from giving Emmys to Thandie Newton (supporting actress in ‘Westworld,’) Regina King (lead actress in a limited series for Netflix’s ‘Seven Seconds’) and RuPaul’s Drag Race (reality competition program,) voters in the Academy of Television Arts and Sciences managed to select winners that pretty much looked like any Emmy night from five years ago.

All the major awards went to white-dominated shows, such as HBO’s Game of Thrones, and The Marvelous Mrs. Maisel (“a comedy about a white Jewish woman trying to reinvent herself in 1950s New York!”) Rachel Brosnahan won best comedy actress for her starring role in “Maisel,” and white male Matthew Rhys won an Emmy for best drama actor in The Americans. You get the picture.

In other words, it seems that the hamfisted diversity lectures that have plagued the newsfeed and entertainment media in recent years haven’t translated into any tangible actions or change in Hollywood. So what’s the deal here? Either they can’t change anything, are unwilling to change anything, or just treat it as some big joke.

Now usually Hollywood and the liberal media are together in their socio-political narrative, however besides Washington Post, several other outlets pointed out the hypocrisy. The New York Times published an article describing how “out of touch” the show was with its own message, CNN reported that there were “more diversity jokes than wins,” and The Root tweeted, “Don’t Talk About It, Be about it: 2018 #2018 Emmys prove diversity is still a work in progress.” In terms of Hollywood hypocrisy, maybe we will all end up on the same team.

Celebs might want to save the rhetoric for someone who will make the changes, because all it has boiled down to is plenty of talk, and not a whole lot of action. So for all you socially-conscious activists out there, either your hollywood heroes are lying, condescending hypocrites, or are just incompetent duds. But then again, when all they do for a living is put on for the cameras, it’s not that surprising, is it?