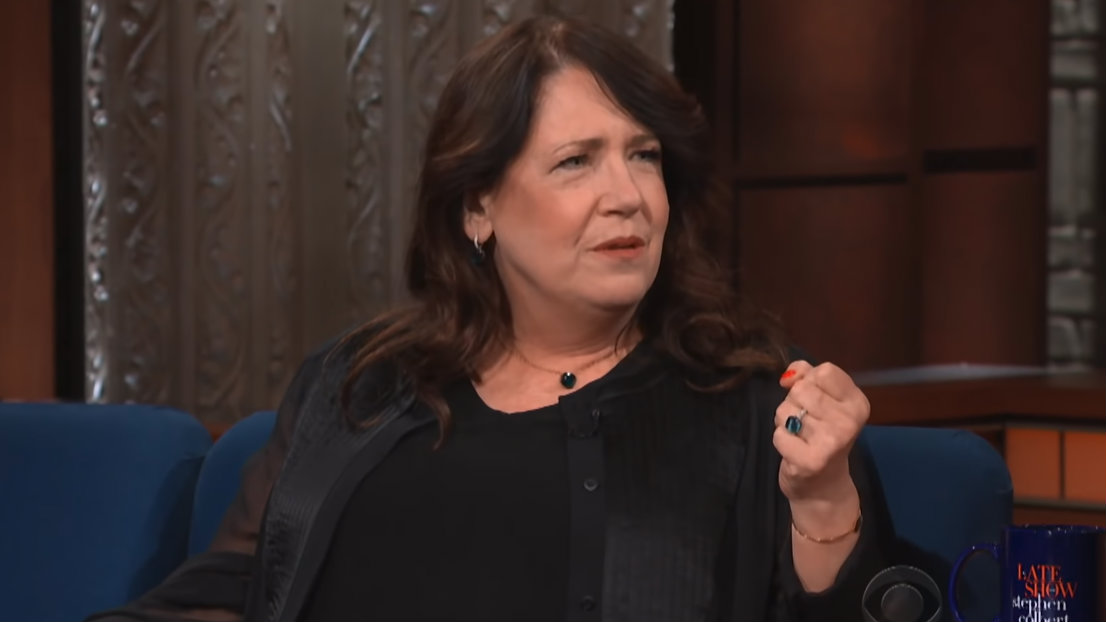 Hysteria has been coursing through the left at the thought of Donald Trump’s conservative policies turning America into some right wing dystopia. So much so that liberals have turned to using the fictional land of Gilead from Hulu’s The Handmaid’s Tale as a warning for the kind patriarchal doom that could befall our society.

The Daily Beast took the best course of journalistic action, and interviewed Ann Dowd, the actress who plays the infamous Aunt Lydia on the series. At first, the interview was intended to be a deeper dive into her character, but devolved into a critique of the Trump administration, and Sarah Huckabee Sanders.

Hey, as long as we all wake up to the impending doom at hand, right?

Asked whether she agreed that there were parallels between the fictional world she performs in and reality Dowd said she’d seen some concerning things in American society. “I can tell you that it’s not the writers’ intent to mirror what was is going on, sadly, in this world or this country.” she said. “But it is to wake people up, keep the dialogue going, talk.”

“You know, the line that I find so haunting from the first season is when Offred says, ‘When we finally put our phones down it was too late.’”

Dowd claimed that she didn’t see America turning into a full-fledged Gilead, however she pointed to the pro-life movement and claimed that its work was still able to cause all sorts of problems for society. She said, “When you see, also, Roe v. Wade, that’s not a simple question.” Criticizing impassioned pro-lifers, she stated “To all those pro-life individuals who are picketing and doing what they’re doing, I want to ask them how many foster children they have in their homes.”

Dowd found that this, and the “degree of racism”, and “ignorance” in today’s world are “simply shocking.” She stated, “the permission people seem to have now to step out of the shadows in terms of white supremacy, that shocked me, how organized it was and the degree of it.”

Clearly, this was Dowd’s segue into criticizing the Trump administration, specifically the woman her character was infamously compared to by Michelle Wolf during the White House Correspondents Dinner.

Dowd was asked what she thought about Sarah Huckabee being called the real-life Aunt Lydia. She argued that she didn’t see a complete congruence between the two, but nonetheless took time to rattle on about the communications director’s incompetence. “Aunt Lydia has very little room for confusion and mayhem, so I don’t think she would have ever taken the [Sander’s] job in the first place.” She added even though she has no interest in making personal attacks on Sanders, “I can disagree with her entirely. I do. I don’t know what the hell she’s doing.”

Clearly, Dowd didn’t want to come off as bitter as Michelle Wolf, for good reason. “Personally attacking her, I have no interest in doing that. I would have no problem doing that with Trump, because he should be in jail for a number of reasons.”