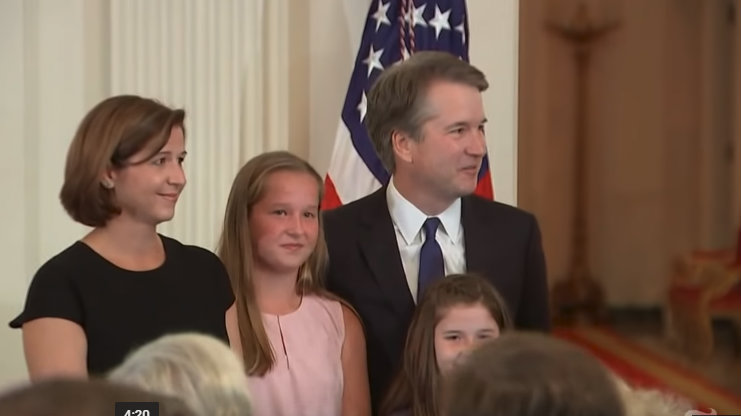 It has been two days since Brett Kavanaugh’s promotion and lefty media have already been ravenous in their desire to do as much damage as possible to his character. Monday morning’s Huffpo piece attacked Kavanaugh’s image as a good father to two young girls as a “shameless” ruse to distract from his anti-women conservatism.

Huffington Post began by stating that Brett Kavanaugh “is apparently a very good girls’ basketball coach, an attentive father to two young daughters, and a man who has actually hired women more than a few times to work with him."

However, according to the article, this presentation was “irrelevant” to whether he would make a decent Supreme Court Justice. Moreso, it was facade to show Kavanaugh as a friend to women, even though, in reality, Kavanaugh’s career would most likely undermine women’s rights rulings, such as Roe V. Wade.

Huffpo contributor Emily Peck wrote, “The conservative darling wants us to know he’s just a nice guy who is nice to girls. He interacts with women, therefore he is a friend to women. It’s an argument with fragile logic. Peck justified her argument by referencing Donald Trump as father to Ivanka, and George Bush as father to two daughters as well.

“Many horrendously sexist men are good fathers to daughters. Sometimes the personal isn’t political at all.”

Clearly, for super feminists and pro-aborts alike, everything Kavanaugh has represented is a brutal irony, one destined to elicit a heavy flow of lefty tears and extreme gnashing of liberal teeth.

“If Kavanaugh’s nomination goes through -- and there’s little reason to think it won’t -- he will be the fifth conservative on the court,” Peck stated, adding that “in this role, he will likely not be very nice to women.”

Citing the fact that pro-lifers support his nomination, and his previous court rulings against Obamacare birth control provisions, Peck wrote that the family man image is a sneaky way to “sidestep all this stuff. To try and make this man less terrifying by reassuring women that he’s a nice daddy.”

It’s apparent that when one has hypnotized themselves into believing that America is undergoing an actual Handmaid’s Tale-type armageddon, Kavanaugh’s selection appears to a major doomsday weapon that threatens the peaceful existence of women everywhere. The image of him being a good father, while devouring the souls of innocent pussyhat wearers, is the unholiest of sacrileges.