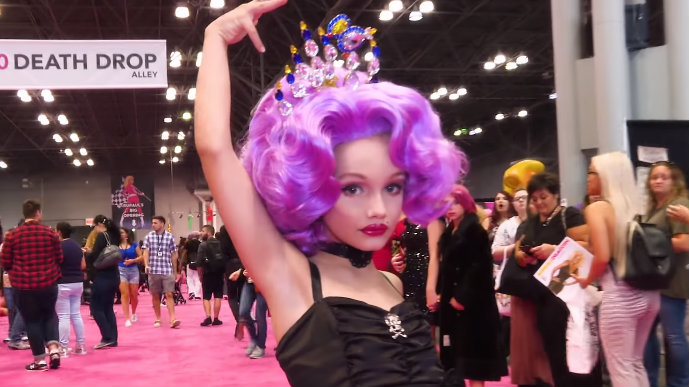 Kids should always be encouraged to find a hobby or a constructive outlet for their young minds. Maybe sports is a good option for some, or taking up a musical instrument works better for others. How about getting children interested in drag culture at a very young age? Does wearing platform shoes or a miniskirt sound like something a your young son would enjoy?

Sadly, this is probably not the best subject for satire, it being about child-abuse. RuPaul’s Drag Race is a sadly popular show, and it seems there are parents who think it appropriate viewing for your sons. One Vice writer is lauding it as some great opportunity they wished they had during their younger years.

Writer Jamie Lee Curtis Taete began her article discussing her younger years, a time when all she wanted to do was wear girls clothes and play with girls toys to the dismay of her cisgender father. He (or she, depending on how zhe wants it of course) wrote, “My dad was super against it and always made me get boy ones instead, but, one year, I somehow convinced my mum to buy me a My Little Pony stable playset.”

Taete then went on about how he adapted to tricking his father into buying him girl’s toys, and navigating other trials and tribulations that exist in a straight man’s home. But now that RuPaul has opened his drag extravaganzas to kids straight out of the womb, maybe there will be less stigma for aspiring young genderqueers who struggle to find cis-daddy’s approval.

“None of that kind of behavior was on display at last weekend’s RuPaul’s DragCon, an annual drag convention with events in New York and Los Angeles. For its second year, the convention had free entrance for children under ten.” Wow, it turns out that for the second year, the drag media mogul has been attempting to rob the cradle. Oh but don’t worry, it’s a fun time for little kids.

This year Dragcon boasted amenities for young he/shes, such as “a kids zone with a bounce house, arts and crafts, and a slate of kid friendly activities.” That way junior will at least be somewhat distracted by colors and fun cartoon characters, while his impressionable mental state is traumatized before it even has a grasp on anything.

For some reason this brings to mind those images of creepy men with white windowless vans, pulling up to bus stops to entice kids with candy. But it’s 2018, and telling kids to stay away from strange weirdos at fetish conventions is probably sexist, or something, right?