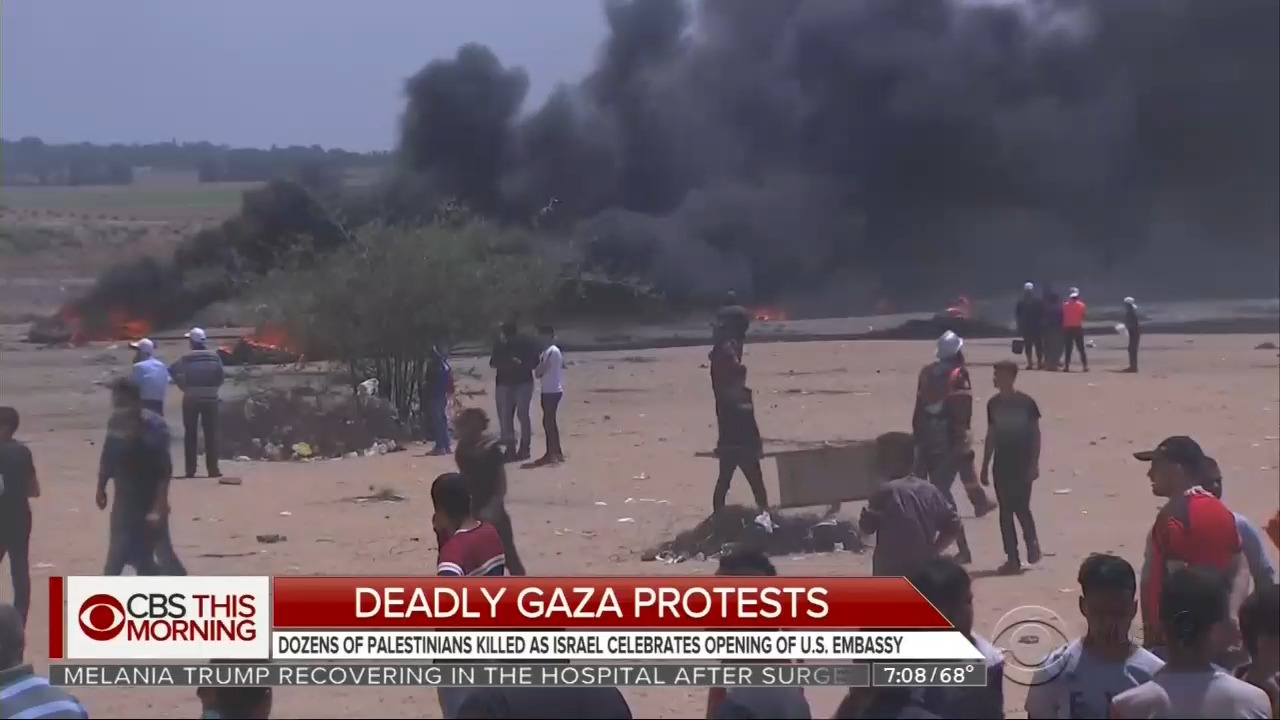 The liberal Twitterverse has been having another meltdown over the U.S. embassy moving to Jerusalem. Now many of them are continuing their narrative of Trump as head of a mob family, whose political ties to Israel, another totalitarian regime, are putting the poor Palestinian people at risk.

Here’s another list of progressive celebs freaking out over the deaths of Palestinians at the Israel/Gaza border. Because the best way to be belligerent towards conservatives and Israel supporters, is to scream injustice on behalf of terrorist-backed militants on a suicide mission to get across a sovereign nation’s border.

Geez, do we really have to side with the terrorists on this one?

Daily Show co-creator Lizz Winstead, while not an active member of Hamas, seemed to be doing an excellent job of embracing the terror group’s propaganda. The impassioned humanitarian tweeted: “Fuck what is happening in Gaza. It is horrifying. It is a massacre. It should be tolerated by no one.” Now, many would agree that it is a tragedy what is going on, but not only at the hands of the Israelis, which is what she is implying. She retweeted MSNBC’s Chris Hayes, who implied that maybe it’s US and Israel policy to allow the killing of innocent protesters.

That would be problematic if not for the fact that these “unarmed” protesters are causing violence and chaos at the behest of Hamas, despite the multiple non-lethal warnings of Israeli guards at the border. Still, will no one look into the fact that Hamas has been quite open about its tactics on this one?

Well Judd Apatow certainly didn’t seem to get it. He tweeted: “Our country is part of the dehumanization of the Palestinian people and we must not lose our humanity. Remember when Trump always talked about Isis chopping heads. But there are no tears for these people and these children.”

And the always well-spoken and not crazy Bette Midler showed her balanced opinion on the subject, tweeting, “Fifty-two people die in protest over moving American Embassy to Jerusalem. Thanks, asshole! Your uninformed and demented actions have consequences!” Yes, you’re right. Thousands of these people attacked armed border patrols with slingshots and burning tires as directed by an extremist group. How dare anyone say they deserved consequences of their own!

Of course, Rosie O'Donnell couldn’t go two seconds without a gleeful barrage at the Trump family. She asserted that there was “US-sanctioned murder” afoot in Gaza on Monday, “as dumbshit barbie and ken [Kushner and Ivanka] smiled for the cameras -- horror -- pure horror -- What has the US become under this lunatic #TrumpCrimeFamily.”

Jeffrey Wright, one of the stars of HBO’s violent, murder-happy staples, Westworld, also complained about Netanyahu’s claim that the embassy unveiling marked a “glorious day.” He stated that “Regardless of your position, that’s a heavy devaluation of Palestinian life."

Honestly though, what kind of raving liberal wouldn’t jump at the opportunity to blame any bloodshed on Donald Trump? Still, it’s crazy to think that they would go so far as to condemn a US president instead of the openly bloodthirsty Hamas who is inspiring this chaos, especially when he’s just acting on a promise made 60 years ago.