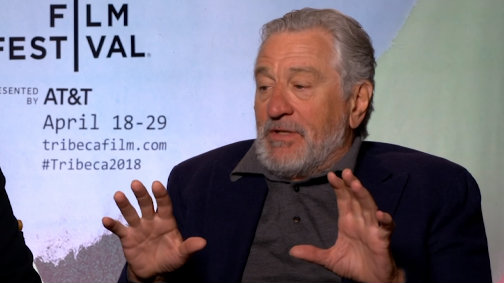 Does your young, budding-activist high schooler have a gun-control walk out planned during school hours anytime soon? Is there a backward teacher or administrator trying to punish your young freedom walker for his social awakening? Well, say goodbye to your problems. Just print out an official Robert De Niro walk-out permission slip, have your kid fill in the blanks, and watch the magic of Hollywood liberalism melt any resistance to Junior’s #resistance. Your kid will be speaking truth to power in no time.

If only this were a joke. But The Washington Post reported on Friday morning that once again Hollywood gun-control advocate, and actor of gun-toting gangster films Robert De Niro is pounding his fists on the podium of social justice. This time he’s avidly promoting the April 20th nationwide high school walkout in honor of the anniversary of the Columbine High School shooting, having penned his own downloadable and printable permission slip for students who want to get out of class for the fifth time this month for the sake of spitting on the Second Amendment.

The article stated, “As a gesture to help students who are planning to participate, actor Robert DeNiro has penned an “excuse” letter for anyone in need. CNN confirmed with DeNiro’s representatives that the letter did indeed come from him.”

Of course the left wing media absolutely love this. This is just one more arrow in the quiver for the radical left to instigate sweeping support for gun-control. During the main Parkland High School Walk Out last month, CNN wrote a piece with the blessing of legal experts for the purpose of educating kids on what their “rights” were concerning taking time out of their school day for gun-control. It was just a “helpful” guide telling kids, that it was unlikely that they’d be in any trouble as it was their constitutional right to protest, and that if the walkout received any punitive measures, students should not worry about dings to their permanent records.

Because of course, the only colleges they’d be wanting to attend (i.e. the liberal ones) would welcome any budding anti-constitutional miscreants.

De Niro hasn’t been pulling any punches lately. He’s been enamored with the gun-control movement, as he, himself believes that firearm violence is a disease and that guns should be heavily controlled. It’s also a movement that overlaps with his undying hatred of Donald Trump, so he is gung-ho about this issue to say the least. 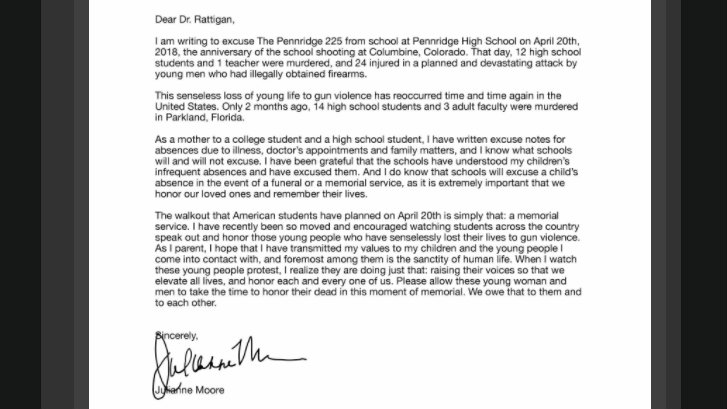 The Twitter page for “National School Walkout” posted the excuse letter, stating, “Need an #ExcuseMe for the #NationalSchoolWalkout? Here’s an excellent one from Robert DeNiro.” Oh, and let’s not forget to mention that Julianne Moore also had her own permission slip making the rounds as well.

Now, no one is slighting the Columbine tragedy, as it’s forever burned into the consciousnesses of millions of Americans, even more than most tragedies in recent memory. But, it just seems like the tragedy’s being exploited by this latest round of liberal attacks on the Constitution.